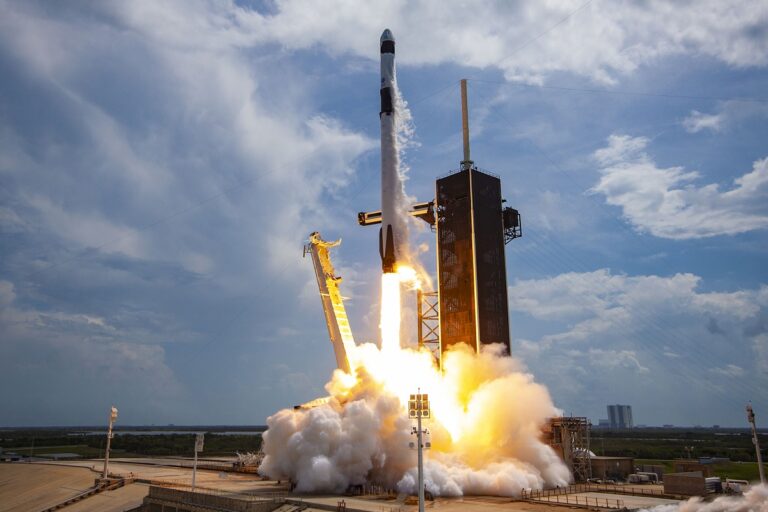 SpaceX has launched 105 different payloads for various companies which include spacecraft, orbital transfer vehicles, microsats, satellites, and CubeSats. While a single trip to space costs around $62 million, SpaceX is offering to send the load for these companies at a much lower cost. This is the company’s third SmallSat Rideshare Program mission called Transporter-3. The sharing concept works as long as the payloads are much smaller than the capacity of the rocket.

The Falcon 9 rocket launched from Space Launch Complex 40 (SLC-40) at Cape Canaveral Space Force Station in Florida. A 29-minute launch window was open at 10:45 a.m EST on Thursday. The booster that was used here is a veteran that launched nine major launches in the past. The launches are “SpaceX’s first crewed flight to the International Space Station (Demo-2), the launch of the South Korean ANASIS-II satellite, NASA’s 21st Commercial Resupply Services mission (CRS-21), the first rideshare mission Transporter-1, and five Starlink missions.”

Names as  B1058-10, the booster is old enough with the black marks from its earlier launches. With this launch the booster will have a successful 10th launch. Upon Landing Zone 1 (LZ-1) at the U.S. Space Force Station, the booster landed safely and can be used for future launches later.

Certain media reports state that nearby located people might have heard sonic booms, i.e. people living in Indian River, St. Lucie and Okeechobee counties. Experts did caution that sonic boomers were possible, but also stated that they only cause damage in rare situations. They were most prevalent during the space shuttle days when orbiters returning to land at Kennedy Space Center would generate far-reaching double booms.

The 105 space vehicles that were hitched on the ride aboard the Falcon 9’s payload fairing were deployed to orbit in a separate sequence around an hour after lift off. Each vehicle is placed in a special payload deployer.

SpaceX’s deployer features Expendable Secondary Port Adapter (ESPA) rings to accommodate all payloads. The ESPA ports enable the company to get the most out of a rocket launch by deploying several small payloads in a single rocket flight. Basically, each payload is attached to ports (15 or 24 inch rings) so they could ride along together during a flight. Companies also have the option to use their custom ESPA adapters for their satellites. Some of the payloads that were launched as part of the Transporter-3 mission are: Planet Lab’s 44 SuperDove Earth-imaging satellites, an Ukrainian Satellite, as well as dozens of satellites from Guardian, Exolaunch, Kepler, Nanoracks, Satellogic, and Spaceflight.