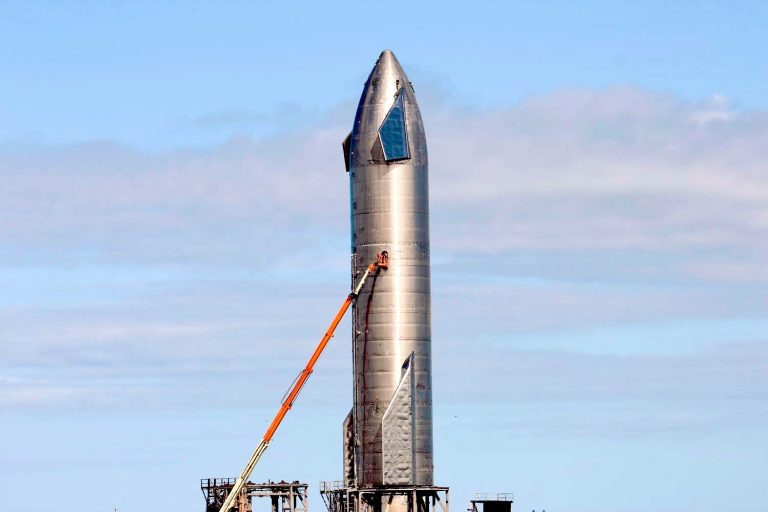 SpaceX’s next starship test launch could happen on Tuesday

SpaceX’s SN8 marked the beginning of the new generation of rockets by SpaceX that aim to take humans to Mars. But the test flight launch by SpaceX was a partial success and failure. This was due to the catastrophic explosion that occurred when the rocket was landing back. Now, SpaceX’s next starship is almost ready and could launch as soon as Tuesday. If the launch of this new rocket is a success, we can very soon be on Mars. Musk and his team have figured out the problems that caused the crash of the SN8, so it must have been fixed on the SN9.

What went wrong with the SN8?

The initial please of the SN8 launch was great, but the landing was a failure. Though the good thing is that SpaceX has figured out the problem. According to Musk, the reason behind the explosion was having the pressure of the fuel tank low. SN8’s capability can be judged by the fact that it could even withstand a bellyflop. This suggests how great the SN9 will be and what we can expect from SpaceX’s latest venture.

The initial testing of the SN9 has gone quite well. Reports suggest that engines of the starship were tested in a facility in Texas on Jan 6. Plus, many other tests were also conducted, like the static firing and cryogenic pressurization test. This all points towards a launch in a few days. Though this data is not official and nothing is confirmed, but it is very likely.

Also, the preflight testing period between 29th December and 6th Jan said by the company is over. The fact that the rumors about launch dates are coming out means that the pre-flight testing must have been a success. If the launch of the SN9 happens on Tuesday, we can expect a similar flight pattern as the SN8. While the former starship rose to a 40,000 feet height, the SN9 might go even higher.

If the SN9 launch testing is a success, we can very well look at the possibility of reaching Mars by 2026. And if it’s not, I am sure SpaceX will figure it out and within one or two more iterations we will have a starship capable of taking us to Mars. What are your thoughts on the SN9 and are you excited about the test flight launch? Do let us know in the comments below. Also, if you found our content informative do like and share it with your friends.