SpaceX’s Starlink satellite internet will now get increased speeds of up to 300 Mbps. Until now, users were getting a speed of about 150 Mbps from their connection. And this means that the company is straight away doubling its speed. In fact, it is not just the speeds that are gonna improve with a/ better connection. We are also going to see a substantial reduction in the latency of the connection. This makes the internet connection even better and also viable for playing online multiplayer games.

Elon Musk himself confirmed the increased speeds of the internet connection. A Twitter user posted a screenshot of his internet connection speeds and the latency. To this, Elon replied, “Speed will double to ~300Mb/s & latency will drop to ~20ms later this year.” The increase in speed brings the company closer to its 1 Gbps speed goal. Other than that, SpaceX also plans to increase its service area and hence provide internet connection in many more regions and countries. 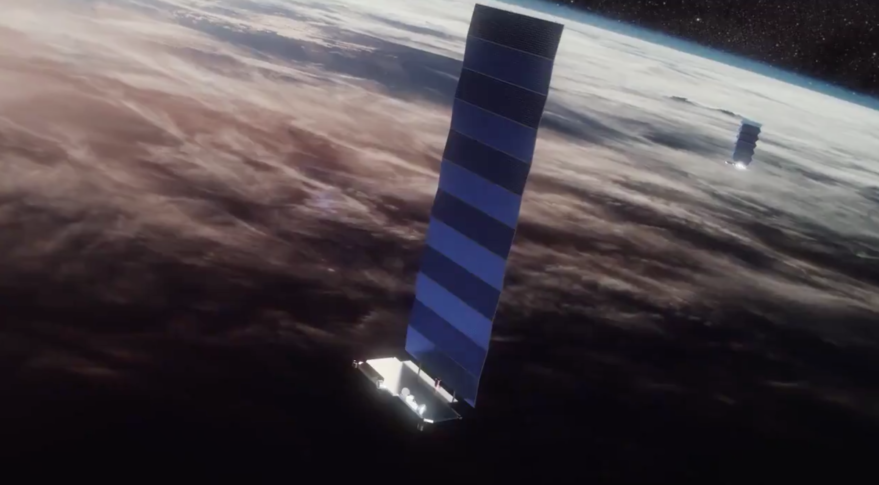 Once the company launches a certain number of satellites, it will be able to provide internet connections globally. We are almost sure that SpaceX will cover most places on Earth by the end of 2020 and for sure all places by 2021. The company says that the main idea is to densify the coverage and provide a good and stable internet connection everywhere. Elon also said that cellular connection will always be at an advantage in dense urban areas. While on the other hand, areas with low population density will benefit from satellite internet.

As of now, the company has about 1000 satellites in the lower Earth orbit. And the ultimate goal is to have 12,000 gen 1 satellites and 30,000 gen 2 satellites in orbit. This will enable SpaceX to provide unparalleled network connectivity in all areas. At the same time, this will also help them in achieving the 10 Gbps final internet speed. Customers who come under the company’s coverage areas can pay an upfront fee of $499 and a monthly $99 subscription fee to use the connection. The service is provided on a first-come, first-serve basis, so it is best for interested users to register as quickly as possible. If you are selected for the service, then SpaceX will install the StarLink kit at your location.

Starlink is the future!

Recently a user on Twitter thanked Starlink for providing him with an internet connection in an out-of-coverage hilly region. One important thing that Starlink initially didn’t think of is the base stations that they need to build on the ground. But with the laser tech they are using in their satellites now, even that is not required. This makes it even easier and cheaper for the company to provide internet in rural areas. Very soon, out of coverage area won’t be a real thing anymore as Starlink will be available everywhere.

What are your thoughts on the increased speeds and reduced latency of SpaceX’s Starlink satellite internet? Let us know in the comments below. Also, if you found our content informative, do like it and share it with your friends.