Spain arrests one of the biggest European cryptocurrency scammers

The scammer was arrested by Spanish authorities in Valencia, where he is accused of defrauding scores of people by making bogus investments in crypto assets. The entire value of the fraudster’s assets confiscated is 2.5 million euros.

Spain arrests one of the biggest European cryptocurrency scammer 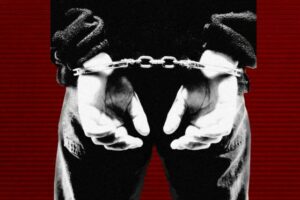 A 45-year-old Portuguese native with assets worth more than two and a half million euros was arrested by the Civil Guard in the Spanish city of Valencia (east) as one of Europe’s greatest scammers with fraudulent cryptocurrency investments.

The inmate is charged with seven counts of fraud and money laundering for allegedly developing a website that served as a platform for cryptocurrency investments, which he advertised on numerous forums, radio shows, sporting events, and even charitable organizations.

According to the Civil Guard, which began investigating the detainee last August with the help of private security, the goal was to attract the attention and investment of many people in Spain and Portugal.

The platform promised investors a minimum return of 2.5 percent every week based on the amount they put in, with the goal of acquiring responsibilities and so attracting more investors.

This strategy is known as a “ponzi scheme,” a sort of scam that aims to trick the injured into believing that the gains made are the result of legitimate activity, when in fact the funds come from other deceived investors.

As a result of the success of the cryptocurrency investment, the victims invested larger sums of money and attracted new investors. Several victims in Spain were identified as a result of the investigations, and it was determined that the inmate, who had a high quality of life, had committed a crime in Luxembourg, Switzerland, and Portugal.

On December 2, the man’s residence, the company’s offices, and a workshop where he hid some of the assets were all searched.

Several bank accounts and the platform’s access web pages were also banned, as well as the confiscation of a number of high-end vehicles worth more than two and a half million euros.

The majority of the illicit activities took place in Spain and Portugal, where dozens of people were duped. The inquiry that resulted to the criminal’s arrest started in August 2021.

The authorities were notified that the criminal had been working in Spain, using an online platform to perpetrate a standard Ponzi scheme. It offered minimum earnings of up to 2.5 percent every week, depending on the amount invested, to entice naive investors.

The victims’ confidence grew as a result of the profits made, as the investments and their performance improved with each passing year. The scammer spent the stolen funds on travels, dinners, and the purchase of fancy cars, living the life of a billionaire.

Also read: Samsung TVs will feature the NFT platform for viewing and trading