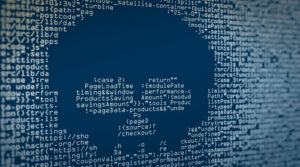 According to the authorities in Spain, the iPhones of Spanish officials were compromised. The devices of Prime Minister Pedro Sanchez, along with Defence Minister Margarita Robles were hit by the Pegasus Spyware of the nSO Group.

As specified by government officials, Sanchez’s smartphone device was attacked in the month of May in 2021, with at least one data occurring at that time. According to the authorities, they are not exactly aware as to who is particularly behind this attack. Moreover, they did not know whether the attack was even international or rather a domestic operation. Reports from Monday, May 2 specified that authorities are yet to determine these factors.

As mentioned, these espionage attacks were ‘illicit and external,’ indicating that they essentially took place without any particular authorisation. Moreover, this meant that the operation was conducted by non-official bodies. On the other hand, authorities stated that the interventions had been reported to the justice ministry of the country.

The timing of the attack on the devices:

News of this particular attack comes just a while after a report specifying how another attack of this sort took place. Intense pressure was reportedly put  on the leftist coalition government to explain itself after Canada’s digital rights group Citizen Lab. A minimum of 60 people connected to Catalan separatist movement additionally had their smartphone devices infected with the same ‘Pegasus’ spyware.

Following the allegations of spying on the people involved in the Catalan separatist movement, the minority government’s most crucial ally in parliament, Catalonia’s leftist pro independence party ERC, said it would not support the government until Madrid takes measures to restore confidence.

“When the mass surveillance is against the Catalan independence movement, we only hear silence and excuses. Today everything is done in a hurry.

This spyware is essentially a tool developed by the firm NSO Group, which is an Israeli surveillance firm. This tool is mainly known to enable attackers to gain full access to iPhones of any generation. It has been also used by governments, along with other actors to surveil activists, journalists, along with opposition politicians.

Moreover, Apple Inc has taken initiatives to close off the vulnerabilities essential used by versions of ‘Pegasus.’ In fact, this tech giant has also sued the Israeli NSO Group for developing such a spyware in the first place. In the recent years, the NSO Group has come under immense pressuring, enough to reportedly considering to kill off the Pegasus spyware.