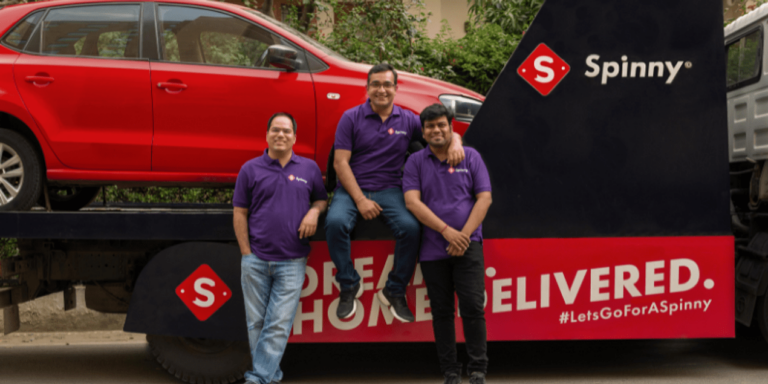 Spinny, a pre-owned automobile marketplace, has raised Rs 1849.45 crore ($248.6 million) in its Series E investment round, making it India’s 39th unicorn (a firm valued at over $1 billion).

According to regulatory records, the investment round was led by existing investor Tiger Global and new investor Abu Dhabi Growth Fund. As part of this round, Tiger Global and Abu Dhabi Growth Fund each put in roughly Rs 740 crore. Existing investors, including New York-based private equity companies Avenir Growth and Arena Holdings, took part in this round of financing.

The company issued 99660 Series E compulsorily convertible preference shares (CCPS) with a face value of Rs 1 each for a total issue price of Rs 185576.61 apiece for cash consideration as part of the transaction.

The new funds will be used for expansion, marketing, and other general company reasons.

The news was first reported by the news website Entrackr, which stated that the investment was raised at a valuation of approximately $1.7 billion. Last year, there were only 11 unicorns in the entire calendar year.

Spinny raised Rs 771.5 crore ($103.3 million) in a new fundraising round led by Tiger Global earlier this month. This happened only a few months after it closed a Series C round headed by General Catalyst in April.

In August of last year, Spinny paid cash and stock for Truebil, a competitor. The acquisition occurred just months after Fundamentum Partnership led a $43.7 million Series B investment round for the pre-owned car platform.

Spinny has previously secured $13.2 million in a Series A round in 2019 headed by Elevation Capital and Accel. In June 2017, the platform raised $1 million (about Rs 6.4 crore) in a seed round headed by Blume Ventures.

In 2021, the used automobile market as a whole has seen a lot of activity.

This year, CarTrade was the first firm in the sector to float an initial public offering (IPO) and list on stock exchanges, while Droom submitted draft papers with the Securities Exchange Board of India (SEBI) to go public earlier this month.

Girnar Software Pvt. Ltd., which runs the CarDekho web platform for new and used vehicles, became a unicorn last month when it received $250 million in its latest Series E round.

In September, DST Global, Falcon Edge, and SoftBank Vision Fund 2 spearheaded a $450 million round of fundraising for Cars24 Services, which had been a unicorn the previous year.