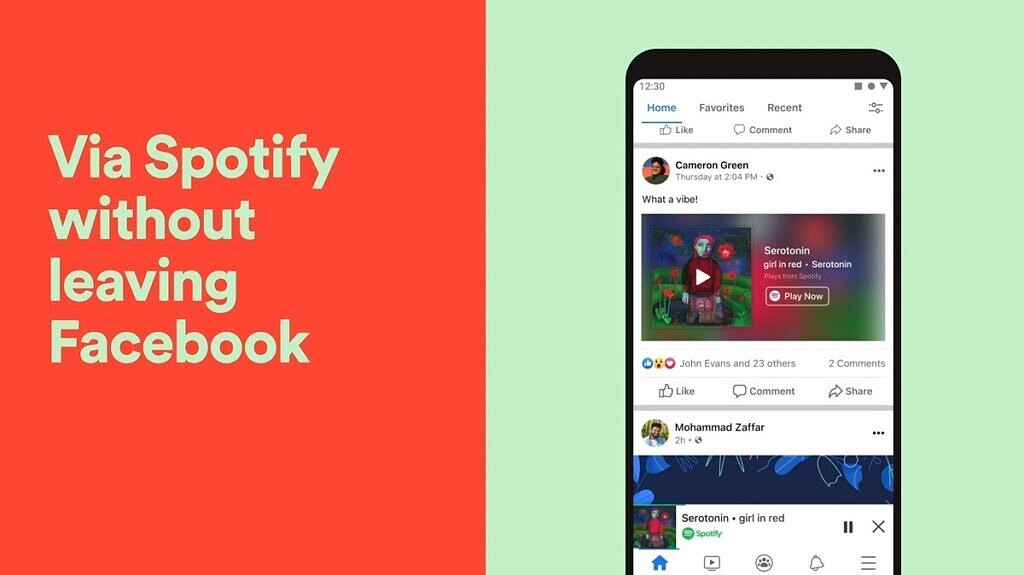 Spotify is the world’s largest and most popular audio streaming platform which includes both music and podcasts. The company is now moving forward to expand its reach and provide listeners with an ultimate uninterrupted listening experience. Recently on Monday, Spotify announced that it has joined hands with Facebook Inc, the social media conglomerate to incorporate an in-app playback feature.

This new feature will allow Spotify users to play and listening to their favourite music and podcasts directly from the Facebook application on both Android and iOS platforms. Isn’t that cool?

However, this is not a surprise bomb shared by Spotify. The news had already been confirmed by Facebook last week when the social media giant launched several audio-based products. Facebook Inc. has decided to dive deep into the audio ecosystem and consequently launched a Clubhouse competitor called “Live Audio Rooms”. There were a few other releases that we have already talked about on TechStory.

As mentioned in a report by Economic Times, Spotify has announced that the new integration between the two of the best companies in their respective industries will be launching in over 27 markets which include the United States and Canada as well. Spotify mentioned in a statement that the company will be adding more markets to the list in the coming months.

There is still not much clarity on how the Spotify-Facebook integration work on the social media application. Anyhow, Spotify did confirm that its paid subscribers will be getting the same benefits they get with the Spotify Premium subscription which includes ad-free listening and full playback without interruptions. Similarly, playing your favourite songs on Facebook through the integration will give you the same benefits.

In the opinion of industry experts, this can be a very immersive experience for Spotify listeners and Facebook users. Now, you won’t have to quit the Facebook world in order to listen to your favourite music or podcast, you can do it simultaneously at the same time, without sacrificing your time switching between the apps.

Apple Inc., the iPhone maker has been planning to compete against Spotify’s Podcast subscription services and now has launched its very own subscription plans with additional benefits like the usual ad-free listening which is extremely important. Don’t believe me, try listening to songs without a subscription, ads will begin haunting you in your sleep!

The iPhone maker is a common competitor for both Spotify and Facebook in separate domains and with this integration, things could change a tiny bit. Anyhow, the listeners will greatly benefit and enjoy the experience.