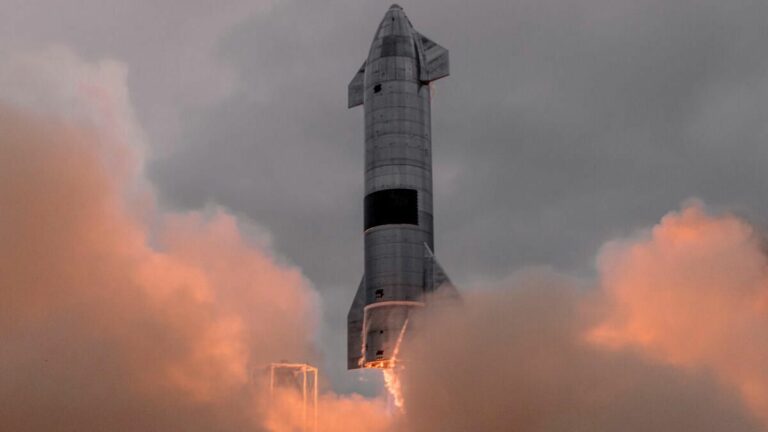 As per FCC filing, Starship Orbital flight will include testing of Starlink Broadband internet abroad. As per Special Temporary Authority (STA), SpaceX can mount Starlink satellites on Starship. Stated, “SpaceX’s Starship spacecraft and Super Heavy booster represent a fully reusable transportation system designed to carry both crew and cargo to Earth orbit, the Moon, Mars and beyond.”

In April, SpaceX received approval from FCC to install Starlink broadband on Starship SN15. During the launch, the antenna was attached to the exterior of the SN15 prototype. As they plan to install the broadband on a rocket being designed to go to Mars. Starlink Broadband internet could be used to have contact with the rockets or people who travel to Mars.

Currently, it is in the testing phase till the earth’s orbit. After launching from Boca Chica, the Starship is to land in the Gulf of Mexico, 33 kilometers away from offshore South Texas. For the debut orbital flight, it could reach a maximum 250 km altitude. This year SpaceX has been working heavily on developing Starship.

With this testing of Starlink, future launches may include broadband services or further development is needed. Starting with high date rate internet services during launch and during booster recovery. SpaceX will use the services on earth’s orbit.

SpaceX states that Starlink services could enable communication and unprecedented volumes of telemetry. Also ensures the safety of future flights. In the coming years as SpaceX goes to Mars, the Starlink broadband would be a link, connecting two planets. SpaceX President Gwynne Shotwell told last year, “Once we take people to Mars, they are going to need a capability to communicate. In fact, I think it will be even more critical to have a constellation like Starlink around Mars. And then, of course, you need to connect the two planets as well.”

Starship launch is the most awaited launch of SpaceX in long. It is a gigantic spaceship with futuristic capabilities. SpaceX has always proven to be years ahead of its time. Recently China toughened up to get its crew to mars and announced that build a permanently inhabited base on Mars by 2033.