Twitter is a social networking service where users communicate using messages called tweets. Even though twitter managed to secure a high ranking among other social media giants, it was quite unable to catch up with the others. Over the past years, Twitter has been introducing several new features to attract more users and the recent update from them garnered a positive response from the public.

Twitter users can now add stickers to their fleets making the post more colorful and expressive. Though the feature is new to Twitter, users are familiar with it from other social platforms like Instagram and Snapchat. Users showed their appreciation for this feature through Twitter by commenting and congratulating them for finally making this update and also added that they were looking forward to more interesting features.

Twitter began testing this feature with Japanese users last month and after a month of testing, it is finally available to the public. 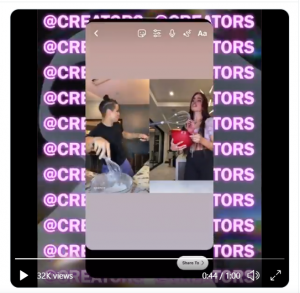 Fleets is a feature very similar Instagram story. Its release by the end of 2020 saw a huge rise in the rate of Twitter usage. You can post a photo, GIF, or even a tweet as a fleet that appears at the top of your timeline, and replies are sent to the user’s inbox. A statistical survey on Twitter showed that more people only read tweets rather than posting them because of social pressure. Fleets were introduced to remove pressure associated with tweeting and help users feel comfortable with sharing.

After the success of fleets, Twitter has now announced that users can add GIFs and Twemojis (Twitter emojis) to their fleets.

HOW TO ENABLE STICKERS

To add stickers in twitter the user has to tap the smiley icon on the bottom of the screen that appears while making a fleet. Twitter can also pull up GIFs, using the search bar at the top of the screen. Other social platforms are seen to have more features that make Twitter’s new addition seem insignificant, but this feature is rumored to be the beginning of many other high-end features that Twitter is looking to introduce in the coming years.

Twitter has also begun beta-testing for its new feature for live broadcasts called Spaces. This feature is even rumored to rival a similar app Clubhouse. In this users can start real-time voice chats with each other.

Soon the ‘undo tweet’ button will also be available, but only for users who pay for this feature. This comes as a relief for several Twitter users who have been criticized or were uncomfortable with their previous comments. This feature is also expected to gather more Twitter users as reports say that several users avoid posting tweets due to their inability to be erased or changed.