SKALE Network: Everything you need to know 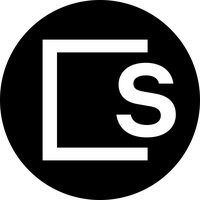 In today’s world, with each passing day, there is a breakthrough in technology, which I believe is sometimes for the best. One such major breakthrough in technology in the past couple of years includes the introduction of cryptocurrencies in the global marketplace. Over the past couple of years, crypto has been one such industry that has managed to catch the eye of many potential investors from all around the globe and has really made a name for itself.

Having said that, a majority of you here today must already be aware of the industry and its working, considering its extraordinary incline in growth and popularity in the recent years and that too at a rate that was never anticipated, not until now at least. But, if for some reason, you are still not aware of the basics of virtual currencies, it is only logical to talk about that first.

To begin with, cryptocurrencies are nothing but a form of digital currency that can act as an alternative to physical money. Just like the money we are used to, this digital asset of yours can also be used for a variety of purposes including the buying and selling of goods and services as well as for the purpose of trade and exchange of currencies over cryptocurrency exchanges online. Clarifying further, the crypto industry is said to be a decentralized blockchain-based platform, which as it suggests uses blockchain technology for its operations, which also facilitates recording and verifying of each and every transaction that happens over the network. As a result of this, it entirely eliminates the risk of double-spending along with counterfeiting. In addition to this, it is a commonly known fact that, during its initial phase, the crypto world did not have many currencies in the marketplace to choose from and honestly, not many investors were interested in being a part of it either.

On the contrary, with a surge in its growth and popularity on an international level, there are new industries being introduced with each passing day and potential investors are joining in every hour. Also, it is worth noting that, some of the factors that helped in contributing to this great success of the industry include the convenience it offers, its portability, ease of use, high-profit margins as well as its extremely volatile and uncertain nature.

Speaking of being volatile, you should be aware of the fact that, the virtual currency marketplace is really unstable and the fluctuations in prices are almost instant. So, it is important for you to be vigilant while investing in cryptocurrencies. Some of the most popular currencies available today in the marketplace to choose from includes Dogecoin, Bitcoin, Cardano, Binance Coin, and Ethereum to name a few of course.

Now that you have a brief backstory about the crypto world, you will be able to have a much better understanding of what we have with us today, SKALE. To know more, I suggest you read further!

Everything to know about SKALE Network (SKL) 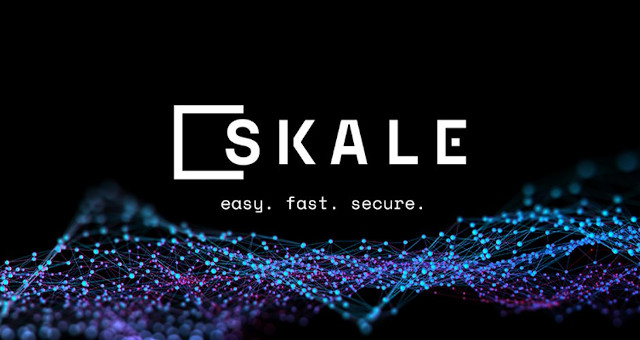 SKALE or as commonly referred to as SKL is nothing but a multi-blockchain ecosystem that is known to be programmable and is designed such that, It is able to simplify the overall maintenance and creation of new Ethereum sidechains. In simpler words, SKALE can be best described as an elastic network that is said to be designed to bring scalability to Ethereum.

Not just that, along with increasing the overall transaction capacity, the said project focuses on reducing latency and ensuring that all the payments made can be as cheap as possible. Before moving on further, it is worth mentioning that, SKALE Network is founded by Stan Kladko as well as Jack O’Holleran, both of which are known to have vast experience in the software industry.

Also, SKL that I previously mentioned is nothing but the native utility token of the SKALE Network and can be used for a variety of purposes on the platform itself including the fact that the token can be used to give specific rights to users for participating as a network validator, access a portion of network’s resources as a developer as well as being able to stake as a delegator. Other than this, the company’s official website portrays a rather impressive image of the said platform and describes itself as “an Ethereum-compatible network with a leaderless consensus designed to run on an uncapped number of independent nodes.”

The protocol is said to be the first to do away with the commonly known Ethereum Gas Fee structure. Instead of this, the developers on the network prefer to rent network resources through a subscription fee that will be covering the overall cost of executing their blockchain computations. As a result, SKALE Is being able to streamline the development and launch of Ethereum compatible elastic sidechains as mentioned previously. 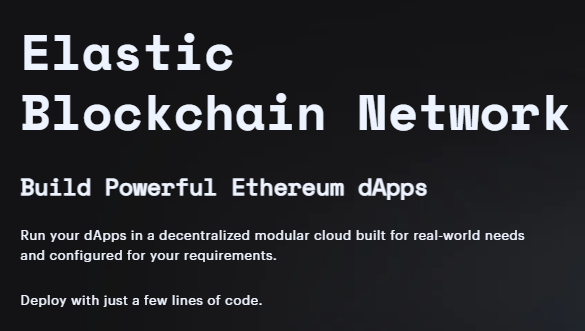 In addition to this, SKALE helps the developers of decentralized applications to speed up the development of smart contracts and increase the overall performance. Apart from this, it is worth noting that, SKALE is EVM-compatible and is said to allow builders to make use of some of Ethereum’s already existing developer tools.

The predetermined goal of SKALE is to allow decentralized applications to access standalone app-specific chains which are known to be secured by SKALE’s validator set. Basically, SKALE Network gives a solution for the congestion that is commonly seen on the Ethereum network because of a large number of developers using the platform for the development of decentralized applications.

Currently, Ethereum is in a transition of sorts from the Proof of Work (PoW) to the Proof of Stake (PoS) consensus mechanism, which should result in efficient scaling on the network. However, as a matter of fact, before the Ethereum network is able to provide a super scalable environment to its developers and users on Ethereum, SKALE is said to provide a Layer-2 scaling solution.

All thanks to the overall use of elastic sidechains, SKALE is entirely integrated into the Ethereum network, thus enabling users to bypass any user congestions on the network with the help of sidechains for developing decentralized applications. Also, it is vital for you to know the fact that the platform’s emphasis on decentralization as mentioned previously is in no way at the expense of security.

According to a recent report, SKALE allows people who build on the platform to run the Solidity smart contracts a thousand times faster, and that too at a fraction of the mainnet cost along with content streaming services and games among the projects that are already taking advantage of its infrastructure. 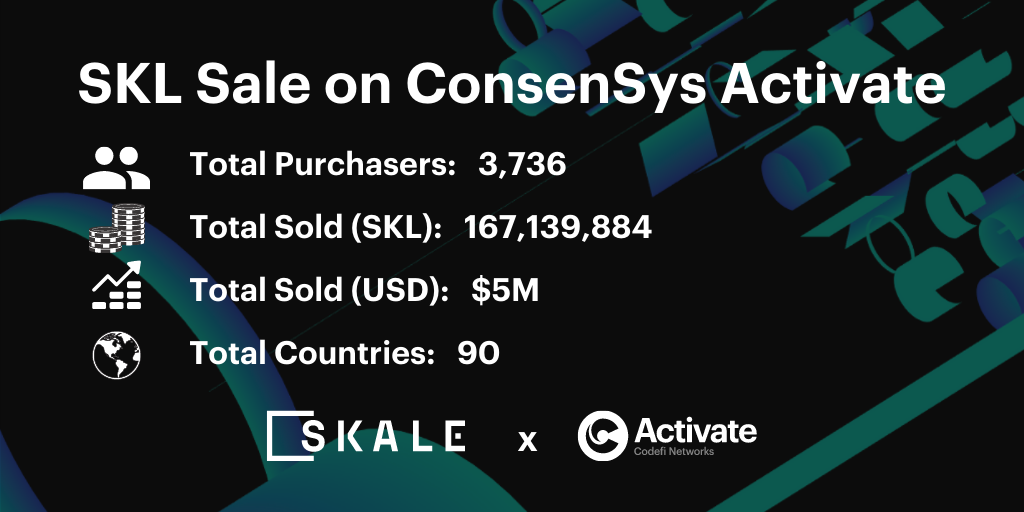 As you must be aware by now, SKALE Network is more or less focused on improving both the decentralization and security of applications based on the Ethereum network. Furthermore, the token holders on the said network are given incentives and can even earn rewards by contributing in order to improve the overall security and scalability of the platform by simply serving as validators.

Apart from this, the SKALE network is known to be the very first project to have launched a token on ConsenSys Codefi’s Activate platform, which is designed such that, it is able to launch decentralized networks and enable users to purchase, use as well as manage their tokens and that too in just one application. For those of you wondering what is the Activate platform? Allow me a chance to explain. Activate was designed in order to develop new standards in the industry for the distribution of utility tokens as well as to ensure that the networks are completely usable as soon as those tokens are sold.

The reason behind this was that the platform had hoped that this particular approach will help to clear up the overall appearance of the initial coin offering sector, which has really been susceptible to scams over the past couple of years. By launching a token that is able to meet all the regulatory standards, SKALE aimed at its token to be widely adopted and being able to avoid any shady activities.

Now that we have talked much about the SKALE Network, some of you must be wondering, whether or not it is a good idea to invest in the platform? If that’s the case, then let’s find out, shall we? 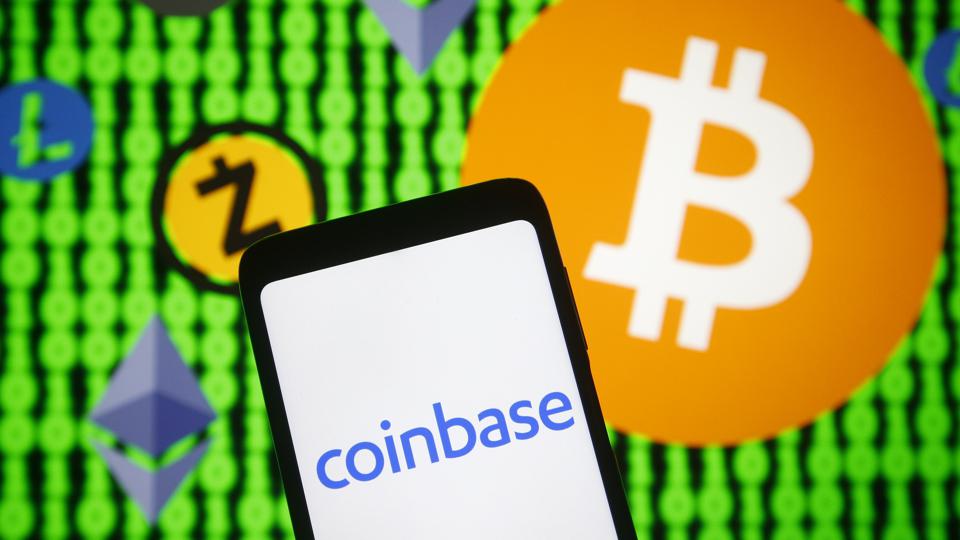 As of today, the price of SKALE is about 0.341777 US dollars with a twenty-four-hour trading volume of 83,083,057 dollars. Not just that, in just the past twenty-four hours, the value of the SKALE has gone down by 4.27 percent, and with the current market cap of 812,635,314 US dollars, SKL is currently placed at #123 position as per the CoinMarketCap rankings.

Also, it is worth mentioning that, the current circulating supply of SKALE is nearly 2,377,675,822 SKL coins with a maximum lifetime supply of the token being 7,000,000,000 SKL coins. In just the past week alone, the price of SKALE Network has gone downhill by 7.40 percent.

Reading so far, you must have gotten a fair understanding of the platform and by now, you should be able to figure out on your own whether or not investing in SKALE is the right thing for you to do. Seeing what it has to offer when combined with its performance in the recent past as well as its plans for the near future, I certainly believe that SKALE Network can prove to be a risky investment in the near future, which is likely to provide you with fewer returns and it is a possibility that your current investment may decrease in value. But again, nothing can be said for sure! 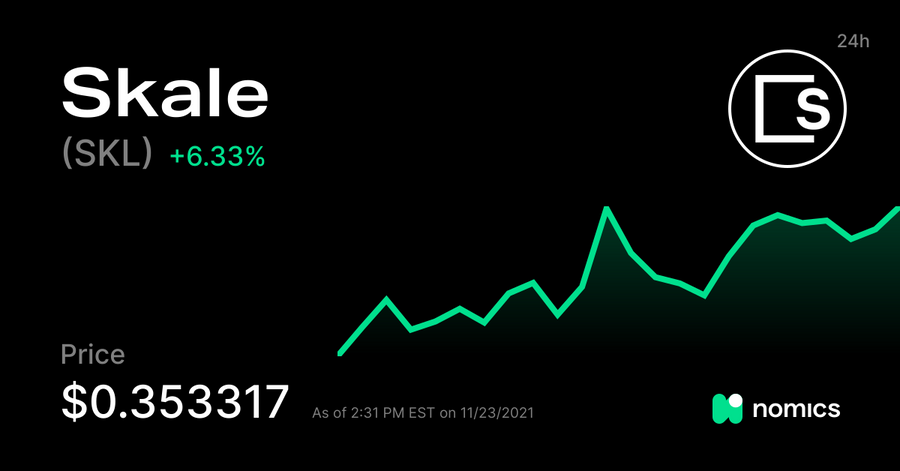 As mentioned at the very beginning, crypto is a highly volatile marketplace and is extremely uncertain. Thus, It is very important for you to understand the fact that, just like any other currency in the crypto marketplace, SKALE Network does have its own risks as well and you should invest only if you are willing to take those risks and bear any and all losses if at all necessary.

If you are wondering, where can you buy SKALE Network? Let me help you with that. Currently, SKALE is available on all major crypto exchanges but, some of the popular exchanges that have SKL listed on them include Binance, Mandala Exchange, OKEx, CoinTiger as well as FTX to name a few.

In conclusion, what are your thoughts on the SKALE Network? Do let us know in the comments below. To know more about various cryptocurrencies, do check out other articles we have on our website. Thank you for your time & if you found our content informative, do share it with your investor friends!

Also read: Crypto.com Coin: Everything you need to know