BEST LEADERSHIP ADVICE FROM SUN TZU’S -THE ART OF WAR 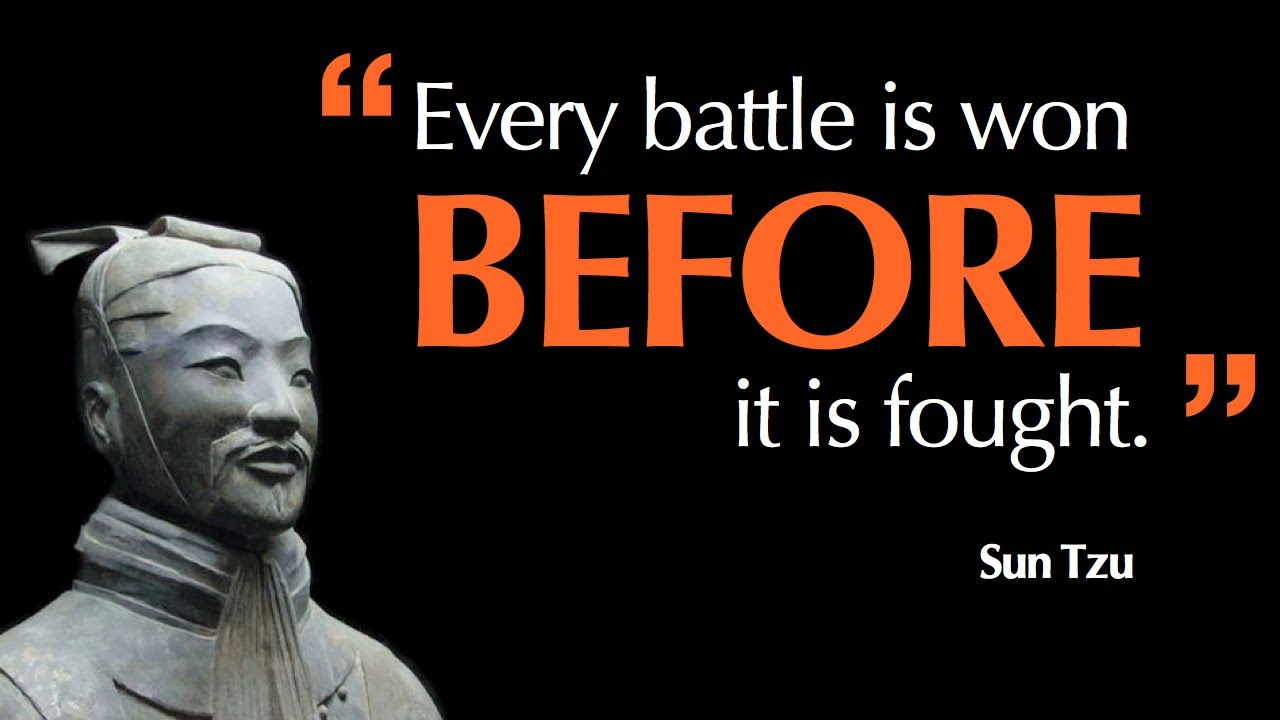 1. The supreme art of war is to subdue the enemy without fighting.

2. If the mind is willing, the flesh could go on and on without many things.

4. Opportunities multiply as they are seized.

7. Let your plans be dark and impenetrable as night, and when you move, fall like a thunderbolt.

8. The greatest victory is that which requires no battle.

9. Build your opponent a golden bridge to retreat across.

10. When you surround an army, leave an outlet free. Do not press a desperate foe too hard.