Symbo Platform bags USD 9.4 million funding in Series A round 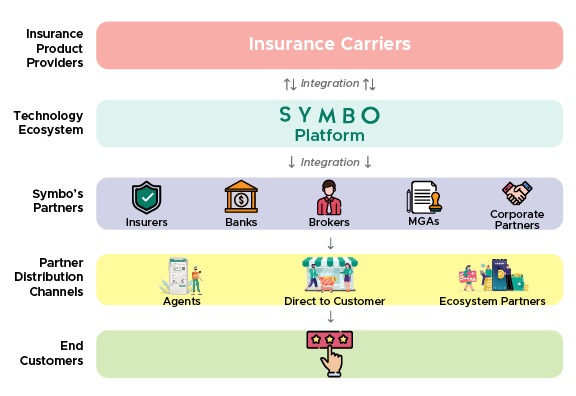 Symbo Platform is a Singapore-based insurance technology start-up that leverages technology to support TPA’s, agents, insurers and brokers in the several steps of insurance which include purchase, administration and distribution.

Recently, the start-up has announced to have raised funds worth USD 9.4 million in its latest Series A financing round led by Beijing-based CreditEase Fintech Investment Fund and Think Investments LLC which is a private investment company.

As mentioned in a report by Money Control, Symbo Platform says that this latest infusion of funds will be utilised for investing in the company’s core technology and leadership team to upscale its offerings. The statement further mentions the key areas where investments will be focused and that includes recruitment operations across technology and product functions. This also includes hiring senior business developing personnel in Indonesia, Singapore and Malaysia.

Talking about India, Symbo Platform is focused on personalised and customised insurance covers to be provided to Indian consumers. The platform is primarily helping Indian customers to buy insurance covers based on their personal needs. The insurance technology company headquartered in Singapore provides small ticket products such as spectacle covers, marathon and fitness cover in India, as mentioned in a report by Money Control.

Coming back to the company’s latest funding, according to the company profile on Crunchbase, other existing investors who participated in the company’s Series A financing round include Singapore-based Venture Capital firm- Insignia Ventures Partners, Chicago-based Capital Partners and New York-based healthcare company- Integra Partners.

Symbo Platform being an insurance technology company has partnered with several Indian insurance companies and reportedly caters to three distribution mechanisms that include Point of Sale Partners (PoSP), enterprise and affinity, as mentioned on the company website.

The funds raised by the company in this latest fundraise will additionally be utilised for investment in Symbo Platform’s India affiliate which is reportedly registered as an insurance broker in the country, according to Money Control.

However, the latest funding will be utilised to strengthen the company’s technology and expand its partner/ agent footprints in order for it to continue driving insurance penetration in India, says Anik Jain, Co-founder and Chief Executive Officer, Symbo Insurance Broking.

The report by Money Control also confirms that this insurance technology company is planning to launch more products in the life and general insurance category. Symbo Platform is operational in  Singapore, Malaysia, India and Indonesia empowering more than  80,000 agents across these countries.