Tailspin, through its job platform, is empowering talented individuals to connect with fulfilling work!

Each year, almost 3 million jobs are never advertised and up to 98% of applicants are filtered out based on their resume. Job seekers and employers can’t connect properly. In 2015, there were about one million hires each month from April to August to the Professional and Business Services industry. Assuming this rate continues and that each hire require three interviews, we can assume about 36 million interviews each year. Nevertheless, Tech companies are struggling to find enough talent to fill their positions. The tech job market still functions in a traditional, employer driven model. Employers often get inundated with under-qualified candidates or lost in the shuffle and ignored. Meanwhile, qualified candidates get lost in the noise and filtered out by software, hurting both parties.

Tailspin, founded by entrepreneur and software developer Vail Gold, solves these problems with a job marketplace that allows job seekers to post the jobs they want and employers to invite them to interviews. This approach saves job seekers from doing excessive work to find good opportunities, and it gives employers a place to go to source candidates who want the jobs they need to fill. Now, job seekers can advertise themselves for the role they want and employers can exercise tighter control and precision in their hiring funnel.

Tailspin is initially focused on software development jobs in New York and San Francisco. The number of these jobs in the US is expected to increase from over one million in 2012 to over 1.2 million in 2022, which is “much faster than average,” creating favorable conditions for software developers. Tech companies have notoriously low employee tenure, with Google and Amazon having median values of 1.1 years.

Tailspin’s mission is to empower talented individuals and connect them with fulfilling work. Tailspin provides free guides and resources to help job seekers navigate their careers.

In addition to its talent­driven, job marketplace, Tailspin is building a library of career­related resources and updates. These resources include, for example, ‘How­ To’ guides for writing resumes and cover letters for startups. Tailspin also provides a weekly newsletter with five, hand­picked startups that are hiring and various updates to its blog and resources.

Tailspin’s primary competition is a lack of market awareness and understanding of its model, because it is the opposite of traditional job boards. If job seekers are posting the jobs they want on Tailspin, then it is an arbitrage opportunity for employers: they are free to invite appealing candidates for interviews and only pay for high quality candidate leads.

Other companies in the same space as Tailspin come in two categories: job boards and recruiters. Job boards include AngelList, StackOverflow Careers, Github, Mashable and TechCrunch. Recruiters include Hired, Planted, ZipRecruiter, Underdog and traditional recruiting firms. All of these options are, fundamentally, employer­ centric: job boards put the burden of finding the right job and applying on the job seeker and recruiters get paid by the employer. This interesting misalignment prevents job boards and recruiters from serving job seekers as well as Tailspin. In addition, job seekers who make use of those services can still use Tailspin easily and for free. 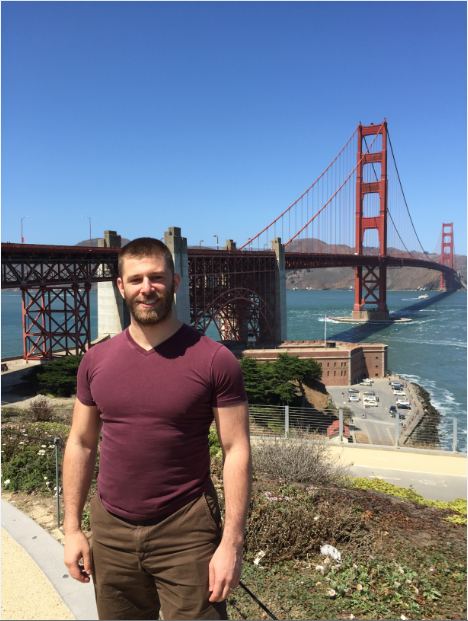 As an experienced software developer, Vail’s hunt for jobs in the past were frustrating. Vail had to spend so much time searching for jobs that seem like the right role at an appealing company. “And in so many cases, I know that I’m qualified, but I never get a response. It’s like the company isn’t hiring anymore, but they left the job description up. I would hear about all these tech companies that can’t find enough talent, but I’m lucky to get a 10% response rate!” says Vail. As an employee at several startups, Vail has witnessed first and second-hand the difficulty of finding qualified candidates. You post a job in a couple of places, you sign up for a few services that feed you leads, you reach out to your network, and then at some point you just have to sit and wait. Even startups are willing to spend money to get good candidates in for interviews, but you just can’t find them anywhere! That’s when it occurred to Vail that the whole tech job market is operating backwards, and Tailspin was born.

Vail Gold is the sole founder. He’s a self­taught software developer in New York City, and has worked for various startups since 2011. Before that, he graduated from Tulane University in 2009 and taught first grade for two years in Dallas, Texas, as a Teach for America corps member. He currently lives in Queens with his wife, and enjoys cooking and weightlifting in his spare time.

Mission: Empower talented individuals and connect them with fulfilling work

Tailspin provides unique value to both job seekers and employers:

1.Job seekers get the ability to advertise themselves for the jobs they want, giving them the home court advantage in the hiring process.

2.Employers get a place to go to source candidates who are interested in the jobs they need to fill.[/box]

Tailspin is currently a one-­man operation; Vail designed and built the product and just brought it live near the end of October. Tailspin’s focus is now entirely on user acquisition, specifically job seekers. Once the user base starts growing, that will draw employers to the platform, bringing in initial revenue. While Tailspin does not have physical locations, it’s focused on the New York and San Francisco technology job markets.

The biggest challenge Vail had to overcome is an internal one. For years, Vail has read about startups, founders, wild successes and utter failures. So many people have written articles and blog posts about how starting a business takes over your life, it’s an emotional roller coaster times ten, there’s a trough of despair involved, and the whole thing got so built up in his head that he wasn’t sure he could do it. Vail describes his feeling as ‘It’s like when you’re going to jump twenty or thirty feet into water, and it looks like no big deal from below, but when you’re standing on the edge your heart starts racing and you freeze. That’s how I felt after I built the website’. Writing the code got Vail to the edge of the cliff. Vail continues to say while he might feel as though he has gotten past the brunt of that paralysis, lingering effects still hits him each time he comes to a new area of uncertainty. First, it was incorporating, then it was opening a business bank account, then it was marketing, and now it’s the press outreach. “I’m getting better at dealing with it, but it’s still tough” he says.

On the business side of things, Tailspin is just coming up against a challenge way bigger than anything yet: getting real market traction. Vail has just launched and started marketing and PR efforts, so the rubber is just starting to hit the road, and it’s going to take everything he has got.

Talking of the gratification from the work, Vail says that ‘I can’t tell you how gratifying it is to have people sign up and use a web application that you’ve built, yourself. Although it’s still a small user base, seeing people interested enough in the concept to go through the steps and fill out the forms is both gratifying and validating. Engaging with those users, sending personal emails, and getting feedback and insights is more rewarding than I ever imagined it would be’.

Tailspin is actively reaching out to potential users and the press to drive user acquisition. As we come to the end of 2015, people are taking breaks, looking back, thinking about the big picture and considering other employment options. “I want to empower those people to take a more active role in determining where their careers go, so hopefully you’ll be hearing about Tailspin as the cool new place where you can post the job you want to be hired for from friends and family this holiday season” Vail concludes.

BetterPlace CEO talks about how hiring of hyper-local executives can be made easy !

AuthBridge – How Background Verification Can Save You From Bad Hiring Decisions !