Tata Motors to step down to have EV division, values it at $7B

Tata Motors plans to raise $1 billion for their new EV segment, which is valued to be $7 billion. The approval from Tata Motors to have a separate EV division came in March. It would be a step down for the company and has ambitious plans for the future. 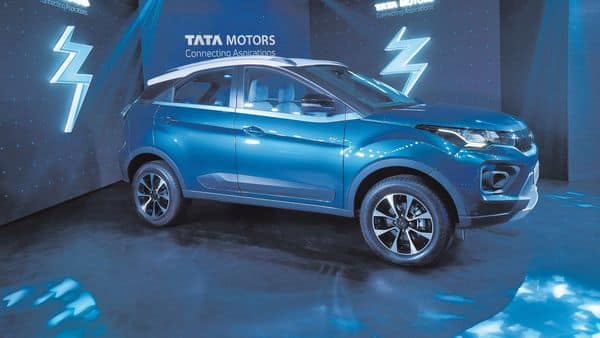 One of two people from Tata Motors in an interview told the press, “The talks are at an early stage, and several global PE firms, including Blackstone Group, TPG Capital, and KKR & Co., have been approached.” Further added, “The company is also in the process of hiring an adviser and is in talks with several global investment banks,” Besides the changing industry, the company is also pressured by investors to have sustainable businesses. It started a couple of years when Tata Motors supplied a few cars to the government, Tigor EV. Its lower speeds, high charging time, and other downsides let the car down in the possible market. However, Tata Motors is coming with a newer, faster model. Already unveiled Ziptron powered Tigor, its first EV model for passengers. The car will make its official debut by August 17. There are around 50 charging stations in the country by Tata Motors. Once the Tigor EV is launched, more charging stations are to be set up all over the world.

Having the separate EV division is valued to be Rs.9,417 crore business. As the upcoming Ola electric scooter is going to be launched sometime next year, the automobile industry is expected to pass through the transition phase soon. Tata Motors has already been trying to gain attention to their EV models. Other than Tigor, Harrier and Nexon are the other crossovers.

The spokesperson added, “The valuation being sought for the EV unit is relatively high, but the firm plans to add a new line of business and products in the division, which it feels, justifies the valuation,”

In December 2020, the PV sales rose by 33%, which lifted the company’s shares value by 7.8%. Where the company sold 4,000 Nexon cars. Chairman of Tata Sons Pvt., N Chandrasekaran said last month that Tata Motors will increase its 2% EV portfolio to 25%. They also announced that Tata will launch 10 EVs by 2025.

Additionally, he also talked about the semiconductor shortages and other challenges. Automakers worldwide have been facing the pressure to shift to EVs. He said, “Expect the situation to improve in the second half of the ongoing financial year even as the broader underlying structural capacity issues resolve with new capacities coming online over the next 12-18 months.” Further added, “Some level of shortages will therefore continue through to the end of the year and beyond.”