Tech Giants Set to Face CCI Probe The next meeting of the panel on the issue is likely to be held on May 12.

Multiple massive tech companies and conglomerates are set to face probes and investigations conducted by the competition commission of India (CCI). The CCI has requested tech giants such as Amazon, Google, and Microsoft to send their spokes people fir the investigation due to alleged wrongful conduct against their competitors.

The Competition Commission of India is a government organization which is a wing of the Ministry of Corporate Affairs that enforces fair and healthy competition between private companies in India in accordance to the competition act of 2002. 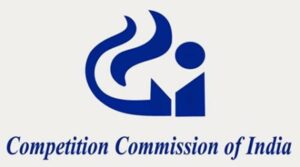 The investigation is likely to take place in two weeks on the 12th of May.

The CCI along with the Committee on Finance had multiple and long meetings about the big tech firms and they concluded that they will initiate a probe on all of these companies to make sure that there is free and fair competition going on.

They have even begun discussions to start a new Digital Markets and Data Wing so that they can handle the big tech and other big e-commerce firms that use the digital space for their business in a more effective manner.

The two departments will also be beginning their investigations soon on big tech such as Google and Amazon and even many Indian tech and e-commerce firms such as Swiggy and Zomato.

Not only does the CCI feel like they need to take action, but many agencies across the world have a suspicion the big tech companies band the market in such a way that don’t allow new players to enter the market and directly impedes their growth which ruins free and healthy competition in the market which can ruin the start-up and local business communities in many countries around the world.

Free and fair competition is what keeps drives innovation, keeps costs low and profits up. If there is just one single player in the market, they can charge any price, and can abuse the market to their liking.

A free and fair market also drives all players to provide competitive wages which will improve the livelihood of the people which will in turn foster a healthy and growing economy.

The government and CCI have taken a wise decision to ensure that all players follow the relevant rules and regulations so the Indian economy can grow and stay healthy.