As a part of the tech in Techstory, we bring you the latest in the technology from around the world under “TECH THIS WEEK!” every Sunday! This week we saw Samsung’s app helping premature babies hear their mothers and Google’s AI writing a whole new novel. We also saw Parazero’s ability to save the falling drones and a robot surgeon outperforming human colleagues in an operation. In case, if you’ve missed any of those, along with the SpaceX’s next successful landing, don’t worry just keep reading! 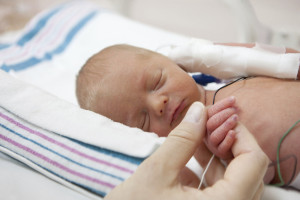 For babies, the sound of their mother’s voice isn’t just comforting — it can be the key to healthy brain development. That’s not easy to manage for premature babies stuck in incubators, though, and Samsung thinks smartphones might help out. Its Voice of Life app lets a mom record her heartbeat and voice on her phone, and “wombifies” that audio (that is, remove the high frequencies) for playback on a speaker at the baby’s side. It not only provides a reassuring sound in the middle of a neonatal care unit, but helps parents connect to a child that they may rarely see in those crucial first weeks or months after birth.

Samsung hasn’t said much about how close Voice of Life is to completion, or which hospitals might be lined up to use it. We’ve asked the company to provide details and will let you know what it has to share. If it takes off, though, it could show that you don’t need elaborate equipment to give preemies a better start to their lives.

New Drone Parachute Saves Falling Drones — And The People Under Them

It’s now possible to prevent the heartbreak, wallet-ache, and risk of physical injuries when consumer drones suddenly plummet from the skies mid-flight. At the Association for Unmanned Vehicle Systems International’s XPONENTIAL conference, a company called ParaZero is introducing SafeAir, a device that deploys a parachute to safely bring a falling drone back to earth.

To ensure that the parachute deploys in time to prevent a crash at low altitudes, SafeAir shoots out the chute with a gust of pressurized gas. SafeAir attaches to the top of a drone and uses an independently powered chip to detect when the drone goes into freefall. According to a company spokesperson, SafeAir has worked with drone manufacturers to develop recovery systems for their drones based on how far it is safe for their drones to fall—including DJI (the makers of the popular Phantom consumer drone), professional photography drone maker 3D Robotics, and Martin Aviation—makers of the JetPack search and rescue small uncrewed aerial system (UAS).

ParaZero also manufactures pyrotechnic-deployed parachutes for larger drones, along with an airbag system for cinematic drones to protect cameras and other expensive gear during an unpowered landing.

A SpaceX Falcon 9 rocket, carrying a Japanese communication satellite, JCSAT-14 successfully lifts-off from Cape Canaveral, Florida. The rocket placed the communication satellite into the orbit and then returned back landing on an offshore platform. This was the second successful landing by Elon Musk’s Space Exploration Technologies (Popularly known as SpaceX) in a row. A live webcast displayed the entire launch process. Elon wrote “Woohoo!!” on Twitter after landing. He further Tweeted “May need to increase size of rocket storage hangar”.

The 23-story tall rocket that was launched on Friday from Cape Canaveral Air Force Station at 1:21 am made its second journey after it completed its maiden journey this April. The rocket successfully placed the communication satellite into the orbit at a height of more than 20,000 miles. The satellite weighed about 4,700-kg and was built by Space Systems Loral in Palo Alto, California.

SpaceX is currently focusing on cutting rates down of launching services by implementing the technology of reusing its rockets. Prior to its first successful attempt this April, SpaceX had four failed attempts. SpaceX currently has a backlog estimated to $10 billion with launch orders from customers including the National Aeronautics and Space Administration (NASA). 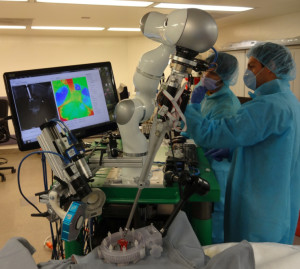 It’s another victory for the machines: a robotic surgical system outperformed humans and robot-assisted human operators in a soft-tissue procedure, bringing us that much closer to automated medical care (and the robocalypse).

The Smart Tissue Autonomous Robot (STAR) was designed at the Children’s National Medical Center as an attempt to bring automation to soft-tissue surgery, a field where the versatility and spatial skills of human surgeons have long made them essential.

STAR uses advanced computer vision tech that uses fluorescent markers and 3D cameras to get a detailed view of the surgical site. It then chooses from a variety of surgical techniques programmed into its database, and carries out the action with, naturally, machine-like precision, speed and efficiency.

In the experiment, the same procedure (bowel surgery on a pig — not glamorous, but a representative testbed for operations on humans) was performed by STAR, by human experts and by humans assisted by a Da Vinci surgical robot. The result: victory by STAR on a number of metrics. Despite dynamic scene changes and tissue movement during surgery, we demonstrate that the outcome of supervised autonomous procedures is superior to surgery performed by expert surgeons and RAS technique. (from the abstract)

It should be noted that humans had to assist the robot in certain tasks here and there, but that’s to be expected; it’s supervised autonomy, after all — humans need to be on hand in case technical difficulties crop up, like a power failure or failed part.

In other words, it’ll be a while before you can get in aPrometheus-style surgery pod (and thank god for that, for several reasons). The future, or at least the future envisioned here, is one of harmony and cooperation between humans and robots. 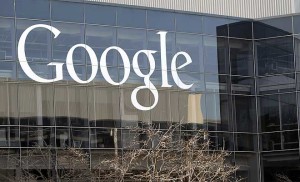 In an effort to make its apps more conversational, Google fed its AI engine a whopping 2,865 romance novels so it can improve its understanding of language.

The idea is to improve the way Google products respond to users. Software engineer Andrew Dai, who led the project, told BuzzFeed News that this sort of work could help make the responses from the company’s search app, as well as the ‘Smart Reply’ feature in Inbox, more natural and varied.

Dai added that romance novels are great for training AI because they mostly follow the same plot – allowing the AI to focus on picking up nuances of language. After going through the massive trove of novels, the engine was tasked with writing sentences of its own based on what it had learned. It then compared its own work with text from books it had read, so as to continually improve its ability to generate better sentences.

Kazemi generated ‘Teens Wander Around a House‘, which featured a group of AI bots moving through a house while his program narrated their actions. When two characters ended up in a room together, the program drew dialogue from tweets to create conversations. Earlier this year, a team from Future University Hakodate in Japan built an AI program that wrote a novel called ‘The Day a Computer Writes a Novel’. It was the only bot-authored work to enter the final round, out of 1,450 submissions from humans.

Given the rapid pace of development in the fields of AI and deep learning, it seems like the day isn’t far off when our next read will come not from a library shelf, but from a computer that tailors a custom book to your exact specifications.