As a part of the tech in Techstory, we bring you the latest in the technology from around the world under “TECH THIS WEEK!” every Sunday! This week we saw Mozilla’s multi-process architecture finally cleared for takeoff and Apple’s initiative Apple Energy to become an energy company. We also saw launching specs of much anticipated Bluetooth 5.0 and the announcement of AlphaGo’s next duel with Go champion Ke Jie. In case, if you’ve missed any of those, along with how scientists have planned to reduce global warming, don’t worry just keep reading! 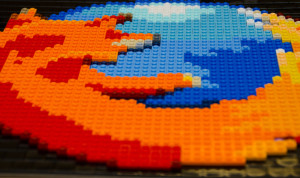 Mozilla’s long-running project to bring multi-process architecture to hundreds of millions of Firefox users has finally met release criteria for a full-scale rollout.

Nearly every other browser on the market has adopted multi-process architecture, splitting tabs and extensions into separate processes. For the average non-technical Firefox user, the end result will be a snappier browsing experience. The hope is that in the future, the failure of one tab will no longer drag the entire program down.

Firefox 48 beta, which launched earlier this week, includes Electrolysis (E10S). While some beta users have had access to E10S since December 2015, this week’s launch will bring the new features to a larger testing pool.

With E10S, a separate process is created for web content. However upon initial download of the beta, “Multiprocess Windows” was disabled. According to the Mozilla Wiki, users can enable E10S by going to about:config within Firefox.

Once E10S is enabled, you can check activity monitor to view the additional “Web Content” process. For right now, all tabs run aggregated in a shared process, separate from the core Firefox process. Over the past six years of development, users have expressed anxiety over the potential uptick in memory usage that comes with a multi-process architecture.

Mozilla has decided to start converting E10S from beta to release on August 2nd with Firefox 48. The update will include E10S for a lucky one percent of users. These users will be isolated and compared to a beta population. This process is estimated to take ten days. Assuming all goes well, all users will be given the new features in a staggered release.

Mozilla also plans to add security sandboxing and process isolation for individual tabs and extensions to Firefox. For those less technically inclined, security sandboxing can be thought of like adding gatehouses to an estate. In the past, Firefox operated just like a normal house with doors on the street that could be catastrophically breached at any time. What the E10S team is essentially doing is adding gatehouses to a previously vulnerable home. The gatehouses will have restricted access to independent parts of the estate. This way even if a gatehouse is breached, the entire home is not in jeopardy.

Now that E10S has met all of Mozilla’s release criteria, the Firefox team is all hands on deck keeping an eye out for stability regressions and changes in user engagement. 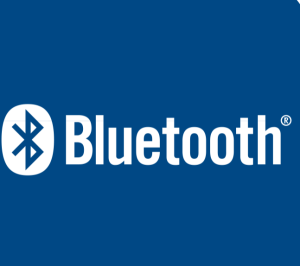 Bluetooth 5.0 is all set for launch next week. It has twice the range and four times the speed! Bluetooth Special Interest Group (SIG) executive director Mark Powell wrote an email to the UK health and monitoring company Blue Maestro, saying that Bluetoothversion 5 will be unveiled on June 16 in London.

“Bluetooth 5 has a lot to offer,” said Mark Powell, executive director of the Bluetooth Special Interest Group, in a June newsletter. “It will double the range and quadruple the speed of low energy Bluetooth transmissions.” That should help your sleep monitor stay connected to your phone and let your smartwatch fetch a map faster.

In addition, the new Bluetooth version will be better for beacons that beam location data or advertisements to your phone as you wander around malls, airports or other public spaces, he said.

It’s unclear whether Bluetooth 5 will come to existing devices as a firmware update or require new hardware, but the latter is more likely. Previously, Bluetooth 1.0, 2.0 and 3.0 devices were not upgradeable to newer versions of the standard, but Bluetooth 4.0 devices could be upgraded to Bluetooth 4.1 via software patches. 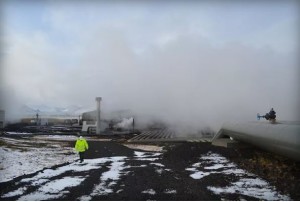 Researchers have developed a way to capture and store carbon dioxide by turning it into stone. Their technique, described in a paper published this week in the journal Science, could provide a safer, faster way to sequester CO2 and limit global warming.

Scientists have long seen carbon capture and sequester, or CCS, as a potentially significant way to combat climate change. The idea is that storing CO2 emissions underground would prevent the greenhouse gas from entering the atmosphere, but previous efforts have made little progress. Most experiments involve pumping CO2 into sandstone or deep aquifers, though there are concerns that the gas could eventually escape and reenter the atmosphere — whether through human error or seismic activity.

The approach announced this week aims to reduce this risk by dissolving CO2 with water and pumping the mixture into volcanic rocks called basalts. Once that happens, the CO2 turns into a solid mineral (calcite), which can then be stored.

Researchers from Columbia University’s Lamont-Doherty Earth Observatory and other institutions tested this approach as part of a pilot program called the CarbFix project, which launched in 2012 at the Hellisheidi power plant in Iceland — the world’s largest geothermal facility. Previous studies suggested that it would take hundreds or even thousands of years for the calcite to form, but the researchers’ technique worked much faster. In 2012, they injected 250 tons of CO2 (mixed with water and hydrogen sulfide) into basalt about 1,500 feet below ground. Within two years, 95 percent of the carbon injected into the basalt below the plant had solidified into stone.

It’s not yet clear whether this approach could be viable on a large scale. The process requires a significant amount of water — 25 tons for every ton of CO2 — and some question whether it could be easily applied to other parts of the world.

But at Hellisheidi, at least, operators are moving forward with the approach. In 2014, the plant’s operator, Reykjavik Energy, began pumping CO2 underground at a rate of 5,000 tons per year. The company plans to double that rate this summer. 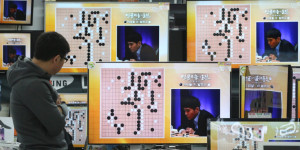 The Battle between AI and Humans continues as Google’s AlphaGo will take on current number one Go player Ke Jie.

The self-learning program, developed by Google-owned AI lab, DeepMind, successfully defeated Go grandmaster Lee Sedol over a five-match tournament in March, but Ars Technica writes that Lee was only ranked number four in the world at the time.

Back in March, after AlphaGo beat Lee for the first time, Ke reportedly said: “I don’t want to compete with AlphaGo because judging from its matches with Lee, AlphaGo is weaker than me. I don’t want AlphaGo to copy my style.”

After watching AlphaGo continue to take on Lee, Ke changed his mind. He reportedly said: “AlphaGo was perfect and made no mistake. If the conditions are the same, it is highly likely that I can lose.”

Jie’s remarks certainly make for an interesting claim, which will make seeing how it fares against AlphaGo — which has now learned from its match against Sedol — all the more interesting.

A Google DeepMind spokesperson told Ars Technica: “We’re still exploring options for AlphaGo’s next steps, but don’t have anything to share at this time.”

Apple Has Just Become An Energy Company, Looks To Sell Excess Electricity Into The Grid And Maybe More 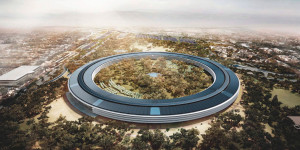 Apple has quietly created an energy subsidiary, ‘Apple Energy’ LLC, registered in Delaware but run from its Cupertino headquarters. The company was seemingly formed to allow it to sell excess electricity generated by its solar farms in Cupertino and Nevada, with plans to sell electricity across the whole of the US.

Given Apple’s expertise and huge commitment to using renewable energy to power its operations, it is no surprise that it wants to ensure that its solar farms generate sufficient power to meet its needs. Because the sun only shines during the day obviously, Apple needs to shift its generation and its usage. Data centers need to go 24/7. Apple Stores are open in the evening. Apple has alternatives for this at its campus (see Fuel Cell generation below) but if it wants to operate 100% renewable, it has to “trade” overcapacity during the middle of the day for “net-metered” energy during the evening or cloudy days.

Apple’s Cupertino Campus 2 Photovoltaics are rated at 14 megawatts alone. But a set of Federal Energy Regulatory Commission filings suggests that Apple could have bigger ambitions in the power field. Currently, when private companies sell their excess power, they can only do so to energy companies – and they often (varies by state) have to sell at wholesale rates. What Apple seemingly could to do, however, is sell directly to end-users at market rates. In other words, get paid retail prices for its excess power.

Currently companies like Green Mountain Power can sell green renewable energy to homeowners all over the US. It wouldn’t be a stretch to see Apple do this as a product in the future. Apple has told the FERC that it meets the legal criteria for selling electricity at market rates because it is not a major player in the energy business and thus has no power to influence electricity prices. It has requested permission begin within 60 days of its filing on 6th June.

What else could come out of the subsidiary ‘Apple Energy’ company? With Apple’s electric car project still in development, a recent report highlighted Apple’s interest in charging stations for ‘refueling’ their future EV (and other EVs?) so it’s possible this project could be a focus of Apple’s energy experts in the future