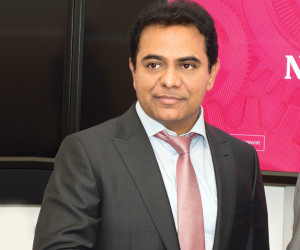 June 01,2016:  Telangana government today said it may set up an outpost of T-Hub, its technological incubator, in Silicon Valley , United States.

According to an official release, state IT Minister K T Rama Rao, who is currently touring the North American country along with some of the senior officials, today addressed a convention of investors and IT professionals.

The Minister said, “We are going to set up T-Hub outpost (extension centre) in Silicon Valley. We need support and cooperation from TiE ( a Global net work of entrepreneurs) and investors from Silicon Valley.”

The state government took up digital literacy in massive scale and is moving towards m-Governance from e-Governance aiming to take the administration to the masses, according to the Minister.