Terra purchased more Bitcoin as part of a three-month commitment

Terra purchased more Bitcoin as part of a three-month commitment to acquire $125 million worth of cryptocurrency every day. According to Bitinfocharts, the majority of cryptocurrency experts believe that a large buying binge is the main driver of Bitcoin’s recent surge. 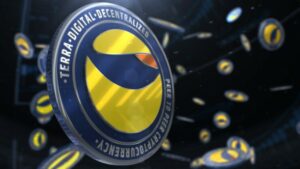 Recently, Terra has risen to prominence as one of the best-performing digital assets, surpassing the majority of its peers in terms of price growth.

Do Kwon, the network’s CEO, recently made an unexpected revelation, suggesting that the Luna reserve will buy $10 billion in Bitcoin. According to Kwon’s release, Terra will utilize the Bitcoin purchased as a reserve for its popular algorithmic stablecoin, UST.

$UST with $10B+ in $BTC reserves will open a new monetary era of the Bitcoin standard.

It has now been reported that the network has made its first purchase, less than two weeks following the announcement. Luna bought $125 million worth of Bitcoin, according to popular crypto influencer Lark Davis.

$luna makes its first purchase of #bitcoin worth 125 million dollars!

The wallet had around $1 billion worth of Bitcoin in its control at the time of writing. The previously stated $125 million per day purchases are being made, according to the wallet’s history.

Since March 20, the wallet has grown from “just” 9,564 BTC to 21,325 BTC, with about 3,000 BTC being purchased each day. At the end of the buying binge, the wallet’s overall worth should be about $11 billion, which is now more than 10% of Bitcoin’s total market capitalization.

Terra’s $125 million acquisitions remove a significant amount of liquidity from the market, which has a daily trading volume of $31 billion. The markets have seen significant outflows since the beginning of 2021, which might result in a supply shock if the market is hit by another round of strong buying like we saw last year. If the first coin’s price stays below $50,000, Terra should end up with more than 200,000 BTC.

Terra’s publicized shopping spree prompted both good and negative replies from specialists. The lack of liquidity that has resulted from over a hundred thousand BTC being taken from bitcoin exchanges could be a big stumbling block for this increase.

Exchanges have seen enormous outflows since the beginning of 2021, which might lead to a supply shock if the market is faced with another round of significant buying, as we witnessed last year. If the price of the first cryptocurrency continues below $50,000, Terra is anticipated to own over 200,000 BTC.

Also read: Crypterium: Everything you need to know