Tesla apologies to China’s state grid after one of their employee wrongfully accused that an overload from China’s national grid damaged one of their customer’s EV. The EV owner also told the press that his EV wasn’t starting after he charged in a supercharging station. But instead of figuring out the problem and taking responsibility, the Tesla employee blamed the state’s charging infrastructure. And the video of this wrong full accusation went viral. 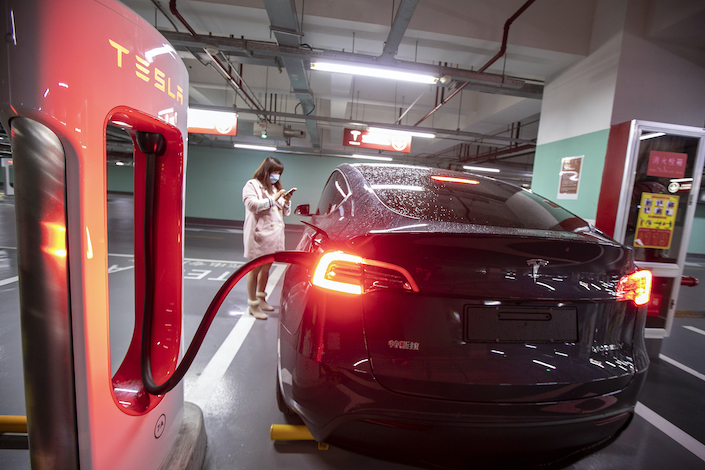 On the video of the accusation going viral, China’s power company stated that they have been operating at normal voltage and there hasn’t been any problem from their side. In their defence, Tesla said that the viral video is edited and apart from that an overload might be one of the reasons that the vehicle isn’t charging. But taking responsibility for the accusations, Tesla also apologised to the power company for the problem caused.

At the same time, they also said that they did solve the issues of the customer. And now they are investigating the matter to figure out what went wrong. It has also been confirmed by the China Alliance of Electric vehicle charging infrastructure that it is very unlikely that the charging station has damaged the inverter of the car.

China is one of the largest EV markets for the company. And Tesla wouldn’t want that the government takes any strict action against them. In 2020, the company witnessed around 120,000 units of deliveries in the country which is nearly 25% of its total. Apart from that, being the biggest EV market in the world, it is obvious how essential China is for the company. Reports also suggest that China might see total deliveries of over 1.8 million units in 2021. This makes it very important for EV manufacturer to tap into.

What are your thoughts on the fact that Tesla apologies to China’s state grid over wrongful accusations? Do let us know in the comments below. Also, if you found our content informative, do like and share it with your friends.