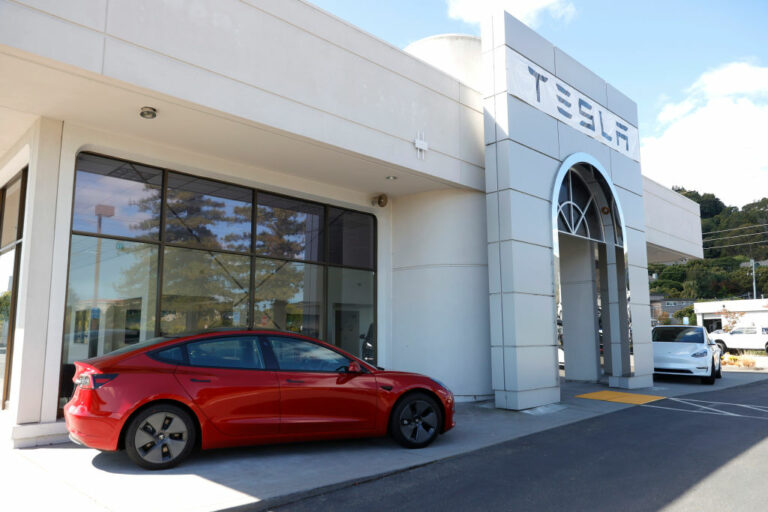 Tesla applies for permits to produce cathodes at Giga Texas

Tesla recently applied for permits to produce cathode for its electric vehicle batteries at Giga Texas. The application is known to be submitted on Wednesday, noted to be under the program “Cathode” and listed the Colorado River Project LLC as a co-applicant. It is the name that Tesla has used throughout the process of constructing Giga Texas at both state and local levels.

A spokeswoman for the city’s development services department said on Thursday, “I can confirm that this is for the Tesla project and this permit is for a cathode building.” Further added that the city did not have further information on the project.

It was back in 2020 the EV maker revealed about constructing Giga Texas. Last month it was confirmed that the production of Model Y started. Also, it was known that Tesla deployed part of battery cell production in the building. In the 2,000 acres land, Tesla plans to deploy several projects around the main factory building. However complete details of these projects are not known, as they were revealed to the public only through permit applications.

Last year there was a permit application from Tesla for a 97 acre land around the location, named “Project Bobcat”. Now the cathode production is named “Project Cathode” for a 32-acre land.

The project is also listed as being on a parcel of land next to the Colorado River where Gigafactory Texas is located. During battery day in 2020, Tesla mentioned the Cathode facility, however, there were not many details. Now as the permit name suggested cathode production, it is implied that the factory will be producing its own cathode. On the battery day, Drew Baglino, Senior Vice President of Engineering, said, “We’re gonna go and start building our own cathode facility in North America and leveraging all of the North American resources that exist for nickel and lithium, and just doing that, just localizing our cathode supply chain and production, we can reduce miles traveled by all the materials that end up in the cathode by 80%.”

Later it was revealed that Tesla acquired the cathode technology from a Canadian startup. It is much different from a regular cathode production. Tesla will be using lesser water amounts and the resulting wastewater and other waste products are kept to a minimum.