Tesla’s Berlin GigaFactory was supposed to start by July 2021. However, in addition to their regular manufacturing of Tesla cars. Also, a battery manufacturing cell will be open. So Elon Musk gave the team six more months. 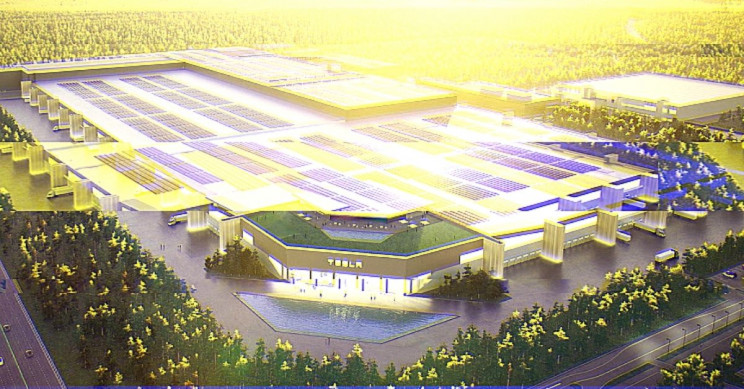 Earlier the company also stated that Europe’s regulatory processes have been long. Furthermore, talking about approvals, Tesla said, “Directly contradicts the urgency to plan and realize such projects that are necessary to battle climate change.”

Last year updates on the factory

Last year around the month of August Elon Musk went to Germany to have conversations with Harford epidemiology about a potential vaccine. Also, on the very occasion, he also went to look at Berlin Gigafactory matters.

That & Giga Berlin are why I’m headed to Germany this week. Conversations with Harvard epidemiology confirmed that a high-speed RNA printer has potential be helpful for vaccines & cures in many areas.

And the Berlin GigaFactory was scheduled to start production by July 2021. Furthermore, the factory’s methods include pre-fabricated methods to have increased efficiency.

It has been one long journey for the factory to come alive. Additionally, compared to the Shanghai Giga factory,  the company is relatively going slow in Germany. But Elon always pointed out the expertise in Germany is explicable. And with added features, it is expected that the factory will be able to deliver vehicles more quickly than ever.

Keeping up the pace

As a reply to a tweet under “Can the Berlin factory keep up with Shanghai factory?” Elon Musk replied Giga Berlin will come together at an impossible-seeming speed.

Giga Berlin will come together at an impossible-seeming speed. The prefabricated construction method in Germany is extremely impressive.

The Shanghai factory finished its roof structures by March 2019. Eventually, by December they delivered the first vehicle to customers.

As per Clean Technica, Berlin GigaFactory may not catch up with Giga Shanghai. On the contrary, this is not because of the inefficiency of the team, but because of Germany’s restrictions, approval waits, and other formalities. In the case of China, the country has been pushing towards shifting to EVs with various favorable policies. Though Europe is also making it to EVs, most countries heavily rely on hybrids rather than fully electric vehicles.

Last year in December, the Berlin factory manufacturing was halted by Brandenburg’s Environment Agency. Basically, the rules are tied up such that Giga Berlin is taking risks, by depositing certain money. If German rejected the approvals they’d have to shift the factory location elsewhere.

Hence, the complexity is much more than known. As said by Germany’s media reports, “As long as the money is not there, the two partial permits are suspended. This change happens in the middle of the ongoing proceedings before the Higher Administrative Court of Berlin-Brandenburg (OVG) for the clearance of 82.2 hectares planned by Tesla, against which the Nature Protection Association and the Green League are suing.”