Founded in Australia with the aim to speed up delivery through the use of e-bike subscriptions, Zoomo recently announced that it has raised $12 million as interim capital.

The company has established itself by partnering with other prominent businesses, such as DoorDash and Uber Eats. It provides assistance for delivery workers by increasing their degree of accessibility to e-bikes. This is done via weekly subscriptions at discounted rates. Zoomo quickly expanded and began to offer monthly subscriptions after forming partnerships with corporate businesses in Australia, London, and the US. It now has a workforce and delivery fleet which exceeds 10,000 units globally. 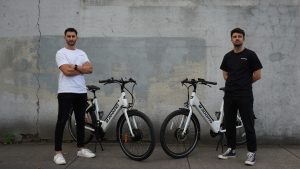 The company is now hoping to grow and expand its service toward mainland Europe and other states in the US. Currently, it is actively working in San Francisco, Philadelphia, New York City, and Los Angeles. Additionally, Zoomo wishes to update its consumer model, which primarily serves couriers, but is beginning to extend its service to commuters, and will invest some capital in the development of future vehicle offerings.

The fact that Zoomo focuses on e-bikes for food delivery makes it unique in the industry for electric bikes. The startups business model provides a full-fledged e-bike, complete from hardware to software to service to financing options, which particularly helps large corporate partners deploy and manage many fleets of vehicles on a large scale. While this is a tall order, Zoomo’s unique business strategy could result in a new trend in micro-mobility of being a one-stop-shop that promises stability and quick scalability.

According to a Zoomo spokesperson, the company’s custom-designed bikes can carry more than 200 kilograms of load through various cargo options. For customers that are large enterprises, such as New York-based independent health food store Cornucopia, e-cargo delivery vehicles are used to deliver goods safely and sustainably. Such vehicles may include a Covered Trike or a Trailer Trike. Other clients of Zoomo include Just Eat Takeaway, the acquirer of Grubhub and Seamless, and Gorillas, an on-demand grocery delivery company.

As mentioned by a spokesperson from Just Eat Takeaway, it is important that the food delivery industry works on ensuring a sustainable future. A major part of this mission is to keep carbon emissions at a  minimum level. More importantly, e-vehicles play a major role when it comes to this, and partnering with Zoomo is allowing many food and health enterprises and delivery services to be a part of the effort.

Zoomo’s latest round of fundraising was led by Australian VC AirTree, and follows Series A’s effort in August 2020, which raised $11 million. Zoomo also received support in both rounds from Maniv Mobility, Clean Energy Finance Corporation, and Contrarian Ventures. In the second round of funding, Wisdom VC and Withrop Square, mobility and clean tech-focused investors, were also involved.