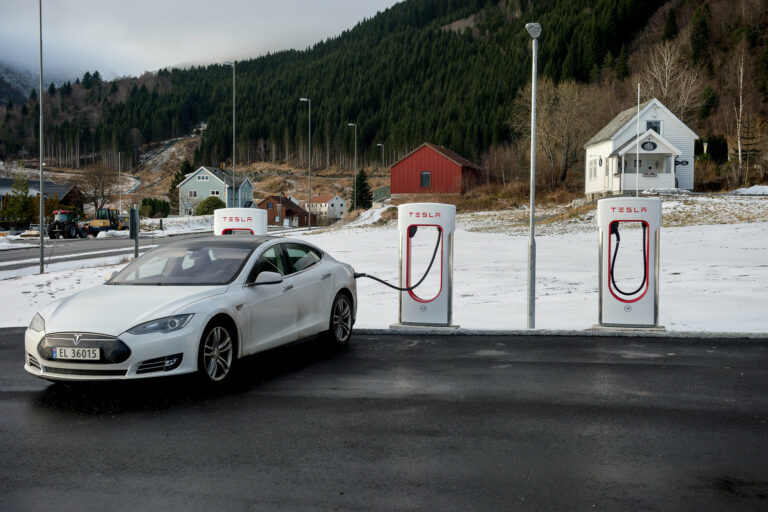 Tesla overtakes other top brands like Volkswagen and Ford in Norway, as Model Y tops the charts in August sales. The charts show that Tesla already exceeded in numbers and is most likely that Model Y will dominate in Q3 sales.

Norway EV sales are considered crucial as the shift in the country has been rigorous. More than 50% of vehicles in Norway are already electric or plug-in vehicles. EVs in the country is cheap, thus encouraging buyers to opt for electric vehicles than traditional gasoline ones. According to World Economic Forum, the sales of electric vehicles have risen by 30% globally.

Furthermore, Norweigan Road Traffic Information Council (OFV) stated that in July the car sales were dominated by zero-emission vehicles, with a 64.1% market share. In the first two quarters of this year, Tesla sales in Norway were minimum. Ford introduced its Mustang Mach-E in the country in May this year. Initially, the sales of  Ford’s EV were highest, however in August Model Y dominated.

As of August 30th, the number of registrations of Tesla cars is 1,776 units. Among which 1,115 were of Model Y. These vehicles are manufactured and exported by Giga Shanghai in China.

Tesla will overtake Audi tomorrow and the Model Y will likely overtake the VW ID.4

It is known that Giga Shanghai exported 8,210 Model Ys to Europe in July. The Model Y invasion started last week for reservation holders. Within a short time, the car tops the charts in Norway. Around 790 Tesla Model Ys were sold in less than a week. This is the same model which Elon  Musk predicted will be the top vehicle in coming years.

Furthermore, as Giga Shanghai is also pushing its production goals, around 1,000 Model Y units are being manufactured per day. So more vehicles are to be exported to Europe till Giga Berlin starts its deliveries.

The other brands which topped the list are Audi, Hyundai, and Ford respectively. Ford is taking fifth place with overall EV sales, and Mustang Mach-E is at third position in car models. Tesla’s share in EV sales in the country is 16.1%. Except for Audi, Volkswagen, and Tesla, the other brands account for less than 10% of overall EV sales in Norway.