Surprisingly, Ford was nowhere near the top list till Q1 in Norway sales. With its entry into the country, Ford came at the top of the sales. With every 10 electric cars sold, one of them was Ford Mustang Mach-E. 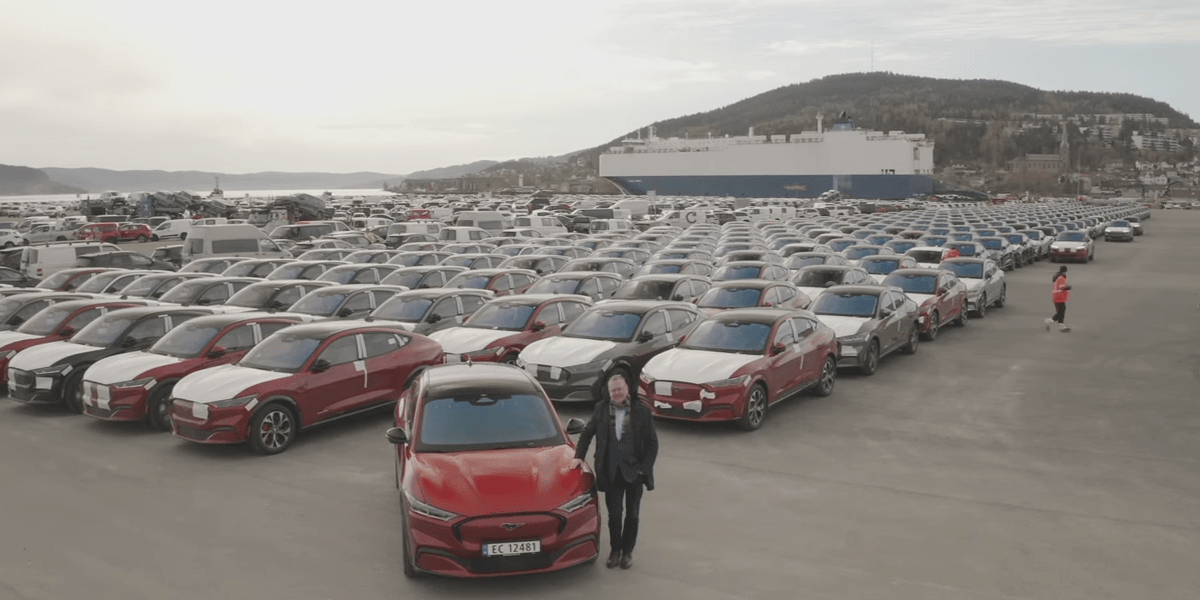 The CEO of Ford Norway, Per Gunnar Berg also stated that they expect more steady supplies into the country. He said, “Although this is obviously big for us. Our realistic goal is that it should also be clearly visible on the statistics for several months to come.”

Further added, “We have received several ships with cars to Norway in the last month and expect steady supplies to continue in the coming months,”

As the country seeks to end the fuel and combustion cars by 2025, their tax exception on battery vehicles is an attractive offer.

In May, 1,384 Ford Mustang Mach-E vehicles were registered in Norway. Which makes 10% of the market share. Earlier in April, Volkswagen defeated Tesla sales by having the highest sales. Now the market is dominating with Mustang Mach-E.

The competition is getting interesting as more companies are looking to enter the Norway market. And Ford plans to keep up with high sales. As said by the CEO, “Our realistic goal is to remain prominent in the sales statistics for several months to come.”

Last year around this time, the Norway EV market had only 54% of the car sales. Despite being a small country with 34,886 battery-electric cars sold in 2021 till May. Yet the country is far ahead towards shifting to electricity.

Volkswagen being the top-selling EV in April, went to the third position in May. While Tesla is losing its sales with having the 4th highest EV sales. This data is as follows,

However, the success might not continue as the new EV models are known to top the sales with their entry. In 2019 when Tesla entered Norway sales, it was a top-selling EV. It is considered as the perks of pre-orders by those who wanted to order from early on.

Prior to the triumph of Mustang Mach-E sales, Ford has already mentioned its goals for Europe. By 2030, their Europe sales are to be all-electric. For the initial 30 months, the company is investing $1 billion in its electric vehicle sales.