The electric vehicle manufacturing company, Tesla Inc has dismissed the chiefs of the firm’s LGBTQ+ community and an executive leading the diversity and inclusivity drives. 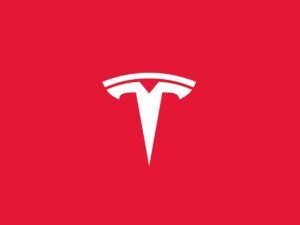 Although these two head executives were turned loose as a part of Tesla’s measure to reduce the workforce concerning the downturn of the market. This decision came in an atmosphere of the CEO of the company, Elon Musk making several remarks regarding what he terms as the “woke mind virus”.

In beginning of June 2022 the chief executive had sent a mail to all the employees of the company informing them that Tesla is planning to reduce 10% of it total workforce and will be putting a halt on hiring new workers as he had a very bad feeling about the economy. A few days later, Musk made the reason behind this cut down of staff clear. He said that this step is being taken for “salaried headcount” as the firm is having too many employees after a long growth phase.

Several employees who served as part of diversity and inclusivity programmes were included in the list of employees being dismissed by the company. A person having knowledge about this concern said that Bobby Berretta -Paris who worked as an authority at Tesla was laid off from the company the previous week. Berretta-Paris was appointed as a headhunter and he got a total of three promotions during his work period. He was also elected as the volunteer president of LGBTQ+ at the EV maker firm.

Apart from Berretta-Paris a SWE who was a part of the diversity and inclusion programme was also dismissed from his job the previous week. The SWE served 4 years to the EV maker firm and had been awarded promotion of his post three times in his total work period. He was recently given the position of senior SWE with the responsibility of naming conventions in the electric vehicles’ UI Team.

When requested to make a remark on the matter matter, both SWE and Berretta-Paris did not give any response.

According to Musk “woke mind virus” has been “destroying civilization” and all these people involved in diversity and inclusivity programmes getting dismissed in the atmosphere of these comments coming from the CEO has raised an issue as the word “woke” is defined as the person who is vigilant to societal injustice. However, the chief did not explain what did he actually mean by “woke mind virus”.