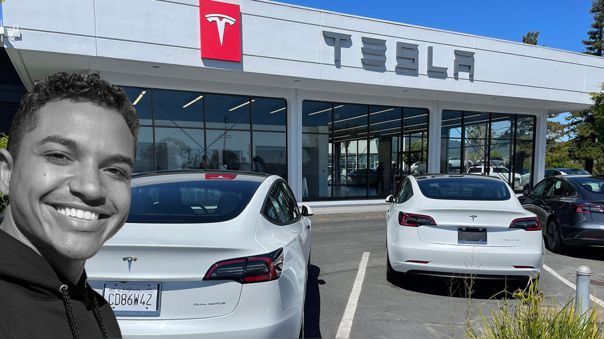 A former Tesla employee named Quishon Walker from Texas posted on LinkedIn a few days ago, in which he described how he was fired from the job he loved the most.

Quishon Walker got recruited to the autopilot segment of Tesla Inc two months ago. Then he got laid off as part of Tesla CEO Elon Musk’s plan to reduce the workforce in tesla by 10%.

Elon Musk in June while attending a conference opened his mind about reducing the salaried headcount in the company as part of cost-cutting.

He was feeling terrible about the economy, and hence lay-offs were necessary to maintain the company.

Quishon was part of recruiting into autopilot-related teams at Tesla.

He stated in the post that he felt gutted when he was informed about the termination. And got extremely sad as he was fired from his dream job at his dream company.

In an interview with Insider, Quishon Walker explained how he was fired. His manager and human resource person joined him in a video call and informed him about the termination.

He added that while informing him about the company’s decision to fire him, they were just reading it out of a pre-prepared script.

Even though he accepted the fact that it was not the fault of the manager or HR, he found it very difficult to maintain composure and not cry in the meetings. After the meeting ended, he sat in shock for a couple of minutes, Walker said.

During the interview with the business insider, walker said that he was not wanted beforehand about the move and was good in his job. He was neither on any performance plan nor got any negative responses from his supervisors for his job.

According to Walker, he and thousands of other workers like him from tesla got fired just because a billionaire wanted to save some money and keep his company afloat. He said that he was feeling so sad about other employees who got fired and had a worse economic condition.

Quishon added that after taking up the job as a remote worker, he got an email from  Elon Musk asking everyone to get back to the office. When Quishon informed his supervisors regarding why he would not be joining the office and the reasons, they were also accepting of it.

Then one day all recruiters in tesla became aware of the hiring freeze in the company. After that, Elon Musk made comments regarding laying off 10%.

According to Quishon Walker, all employees knew that they were going to be fired soon.

In the LinkedIn post, he thanked everyone in his team and his colleagues for their support on and off the work.