An American songwriter and Musician, David Crosby has been a longtime Tesla fan and Elon Musk supporter. However, that doesn’t mean he would tolerate the late deliveries. He says that in the past 7 months from when he ordered, there was a delay 4 times. While Tesla’s delays are well known in the past, being postponed four times is not favorable to any customer. 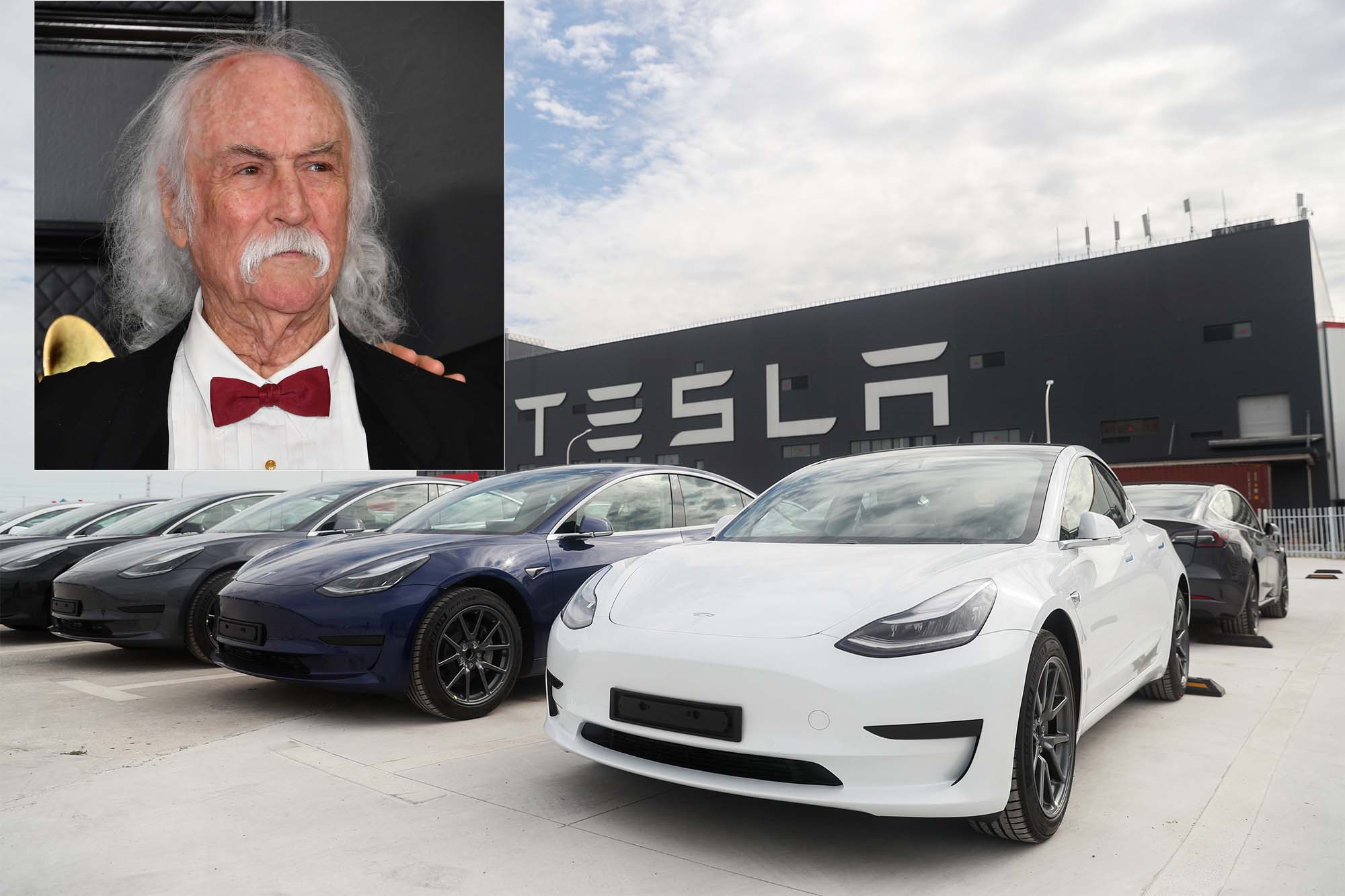 Crosby is well known for being a Tesla supporter. However, he says that if there is another delay he is considering taking his business to Porche. While most replies indicate that Tesla is worth the wait, Crosby’s decision to shift to another model seems more practical. Usually, any regular car buyer would do the same.

Later he added, “I’ve had one for three years and it’s the best car there is ….but my wife is tired of waiting ….and pissed about the untruths.” It doesn’t seem like the couple is happy, but they already liked the one they bought earlier. Being a Tesla user they must already know how it feels like own one. Also, an efficient model would be even better.

Maybe celebrities are not a priority

It is known that Tesla prefers to deliver to celebrities. However, this comment from Crosby doesn’t seem like it. When Beneil Dariush received a Tesla, it was said that the Model Y was taken on a loan, and Model X was also taken similar manner.

There is no concrete information on whether Tesla prefers celebrities. However, there have been times when Tesla changed VINs to those customers who are located nearby to the production location. Such changes are related to having better numbers in their quarterly sales reports.

Like most EV makers in the world, Tesla has been facing challenges of chip shortage and other supply chain pressure. Elon Musk is open about the issues and the resulted increase in the price of the vehicle is also known. The automaker has been working on a new factory, which would add up to their sales in the coming months. Despite knowing the challenges as an Elon Musk supporter, the comment from Crosby came out as a shock for everyone.

Unpredictable delivery dates keep increasing this year. Till the issue of chip shortage and supply chain pressure is resolved there is no saying of the exact delivery details whether Crosby chooses to shift to Porsche or stick to a Tesla.