Tesla has been on a constant bullish rally for quite a while now. And now as its share price continues to rise, Tesla Market value crosses $500 billion. The last time I wrote about Tesla was when Elon Musk was nearing Bill Gates to become the 2nd richest person in the world. Then the shares of Tesla were trading at $500, and since then it hasn’t seen a bearish day and continuously rallied till $574 as of now. 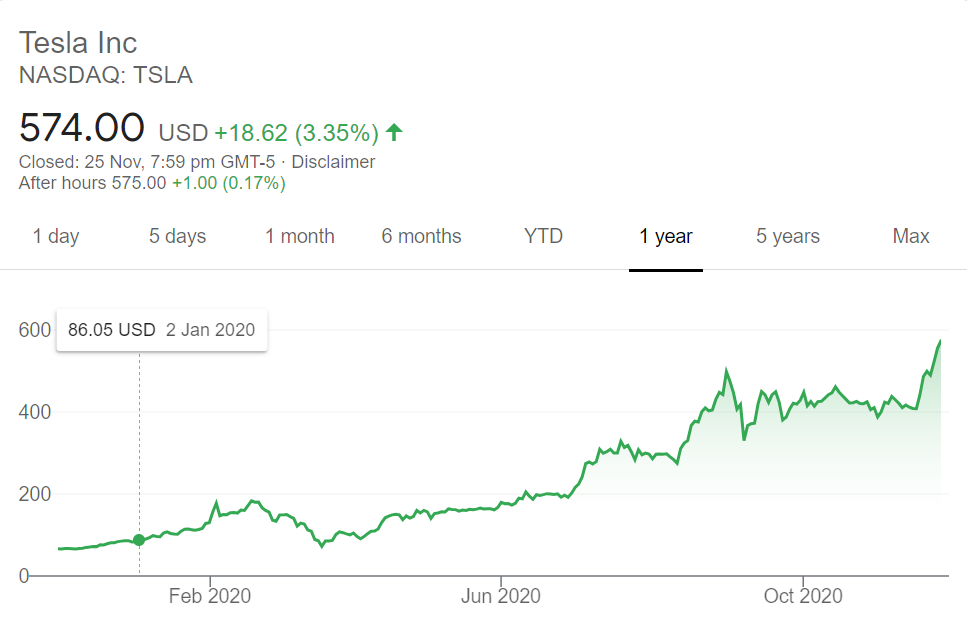 Another major reason for the price rise of Tesla’s share is the election of Joe Biden as the president of the US. He has time and again stressed that he is in favour of renewable energy and electric vehicles. This is completely opposite to Trump’s favouritism towards fossil fuels. He also said that by 2030 more electric vehicles and charging outlets would be set up in 2020.

We know that Tesla will be included in the S&P 500 list on Dec 21. And there can be as much as $8 billion of shares by mutual funds before that. That means that in the coming month we can see even further hikes in Tesla’s share and Elon’s net worth too. The way Tesla and SpaceX are progressing, I see Elon becoming the richest man in the world in a year or two.

What are your thoughts on the huge increase in Tesla Market Value in 2020?  Let us know in the comments below. Also, if you found our content informative, do like and share it with your friends.