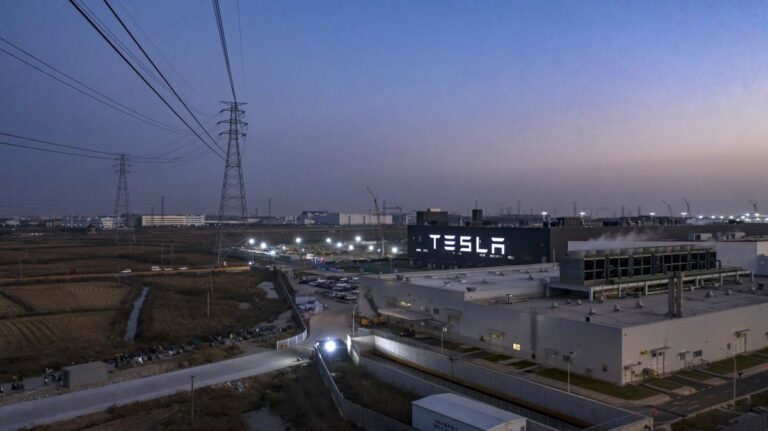 From Friday, June 10, thousands of workers at the Tesla Shanghai factory were finally able to return to their homes. This was following spending weeks at a factory bubble created to continue operations at the time of Shanghai’s latest Covid-19 lockdown. Currently, the EV company is looking to return to a normal production routine in the country.

The carmaker informed the employees that they could start leaving from June 10 as soon as their shifts get over. Crucially, these workers had been living in the accommodation set up for the maintenance of output going at the sprawling plant. These details were disclosed by individuals familiar with the matter, requesting the maintenance of their anonymity as the news was not public at the time.

The company made the plans to end what they called the closed-loop system by Friday, June 10. Specifically, the workers were kept in a bubble far from the general public, and tested for the virus everyday. The electric vehicle company employed over 10,000 people at Tesla’s factory in Shanghai. Mainly, it produces the Model 3 and Model Y for the Chinese market, along with ones for exports.

The emergence of the factory bubble:

Elon Musk’s Tesla came up with the closed system about two months back after a three week long suspension of production as Shanghai was under lockdown owing to the Omicron wave. As cases are visibly decreasing, the Chinese financial system has eased some restrictions to enable better movement in areas with lower risk. Clearly, the system that Tesla and Volkswagen AG adopted is not as necessary at the moment.

The first group of employees that came inside the loop around the second week of April have got four days off before they can return on June 15. Reportedly, the workers were placed in disused factories, along with military camps. Before the production suspension in end-March, the plant operated on three shifts everyday. Employees were on 12-hour daily duty for four days, with two days off.

From Monday, June 13, the carmakers plans to restore the previous schedule by getting staff back from outside the bubble to take the first shifters’ place. During the first month in the system, the factory functioned on a single 12-hour shift for a stretch of six days, with a day off every week. Last month, it was ramped up to double shifts subsequently.

Essentially, the system enabled the company to increase production at the factory from 10,757 in April to 33,544 in May, as data from China Passenger Car Association specified. However, this was only half to what its pre-covid output was- 2,100 cars a day.