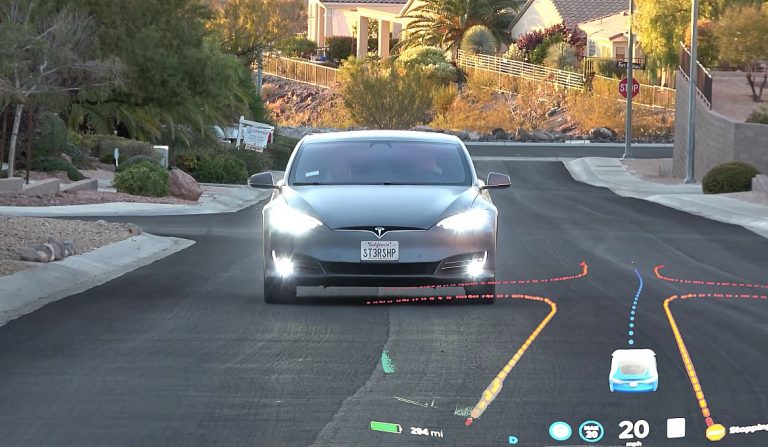 The earlier version of FSD Beta had radar vision, however, the Tesla website no longer mentions radar vision. Instead shows the Tesla car to have a pure vision approach.

As explained by Elon Musk

In April itself as Tesla was working towards the FSD v.9, Elon Musk replied under a tweet that the Radar vision must be removed.

It all started as the user using FSD Beta shared how perfect the ride was while turning. And Elon Musk replied with how Version 9 of FSD beta will have pure vision and no radar. As said by him, “Almost ready with FSD Beta V9.0. Step change improvement is massive, especially for weird corner cases & bad weather. Pure vision, no radar.”

However, there hasn’t been any official announcement until the website changed its radar vision, to pure vision.

This update is specially made so the autopilot better works in worse conditions like bad weather and also turning points. It is also stated that phantom braking issues are to be resolved by pure vision.

It came as a surprise for everyone as Elon Musk mentioned so in April. Option pure vision is considered as a step backward. As the Tesla model already uses fewer sensors comparatively.

However, Elon Musk explained such concerns as, “When radar and vision disagree, which one do you believe? Vision has much more precision, so better to double down on vision than do sensor fusion. Sensors are a bitstream and cameras have several orders of magnitude more bits/sec than radar (or lidar). Radar must meaningfully increase signal/noise of bitstream to be worth the complexity of integrating it. As vision processing gets better, it just leaves radar far behind,”

Tesla’s approach is very different from its competitors like Waymo or Cruise. While the others are using advanced technology, Tesla is relying on traditional methods. Their argument is that humans can drive without such complex technology, why can’t the self-driving system drive in the same manner?

In the case of fully self-driving cars, safety is of major concern. For the car maker to be sure of the safety of the passenger, LiDAR and such technology assure safety. However, we are yet to see the FSD Beta version 9 update. And see if the pure vision really works like Elon Musks says it does. If that is the case, the competitors might need to have a fresh perspective on how to progress further.