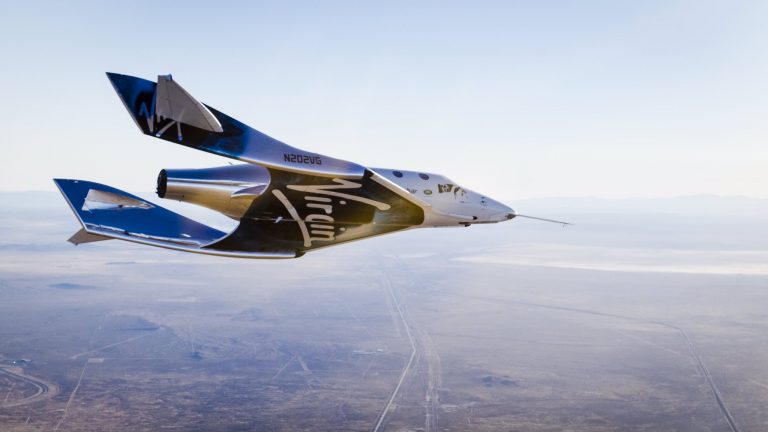 Watch Virgin Galactic Tourist Flight As Captured By Cameras The commercial flight is delayed to next year, and the 1st test launched on Saturday.

Virgin Galactic has two spaceships, earlier testing in February 2019 and December 2018. And last week the company launched its spaceship from New Mexico, sharing a 2-minute video showing the in and out of the spaceship. Including the successful landing.

Audience cheer as the spaceship lands

As the video is shared on May 23, Virgin Galactic seems to be having progress. Also, the original plan was to make commercial flights to space be available by 2021. However, in February they announced that the flights were to start by 2022.

The officials have stated that many changes have been made to the spaceship, compared to their earlier launch. Before the launch, there was no assurance of whether it will work. But, the landing was successful.

As reported by Virgin Galactic, the two pilots in the spaceship were safe and there are no issues reported so far.

Furthermore, the video also includes shots of the earth from space. Not only the outer look, but you can also view the pilots operating the spaceflight. Some beautiful scenes are seen as the blackness of the space is being captured by the cameras.

Additionally, the lift-off was from California, Space Port, and Mojave Air. As mentioned by Space.com, more such test flights are to occur as the company is getting ready for its commercial flight launch next year.

The comments were disabled on the Youtube video, as the Twitter replies seem to be negative under Virgin Galactic’s tweet. However, the comments don’t consider the fact that commercial flights could potentially be useful once other rockets progress towards gaining insights about Mars and also moon.

Having the commercial flights easily available means normal people would possibly one day go to space if need be. As said by Elon Musk, “Make life multi-planetary!”

On the other hand, it is true that Virgin Galactic received more than 600 reservations. Where each ticket costs $250,000 for each piece. And Blue Origin received $2.6 million on its first auction to fly as a first customer. It is scheduled to ride the first customer on July 20th this year.

Also, Blue Origin already flew 15 uncrewed test flights already. It is most likely that the July 20th launch is to happen with the crew member. No company has yet released the regular seat cost for a regular commercial space traveler.