Tesla Should Not Receive Special Treatment: Ola CEO He said that Tesla is welcome to set up shop in India, but should not ask for special privileges.

The co-founder and the chief executive officer of Ola Electric and Ola Cabs, Mr. Bhavish Aggarwal had recently come out to say that he does not feel that EV producers, Tesla should not receive any kind of special treatment from the Indian government as they are trying to get the American electric vehicle company to set up a manufacturing plant in the country. The government of India want Tesla to manufacture their electric vehicles in the country for the country and for exports to other countries of the region. 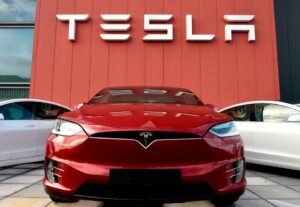 If Tesla was to expand operations and enter the Indian market, Ola Electric would be one of the companies that would be of direct competition to them with their electric scooters. The company also said that they are working on their first ever electric four wheeler and will be releasing for the public to buy soon.

Mr. Aggarwal recently said that Tesla is welcome to come to India and start their operations in the country. But they want to be treated differently compared to other players in the market and the Indian government will not have that.

The situation escalated so much that Elon Musk ended up saying on Twitter that they will not build a plant in India until they first start selling there which was done to put pressure on Indian officials. Mr. Aggarwal replied to the tweet saying “Thanks but no thanks!”

A month ago, however, Tesla stated that they have slowed down on their pursuit of entering the Indian market and shifted their focus to the Middle East, pin pointing that region for great success.