Tesla stock falls after US begins inquiry in autopilot system 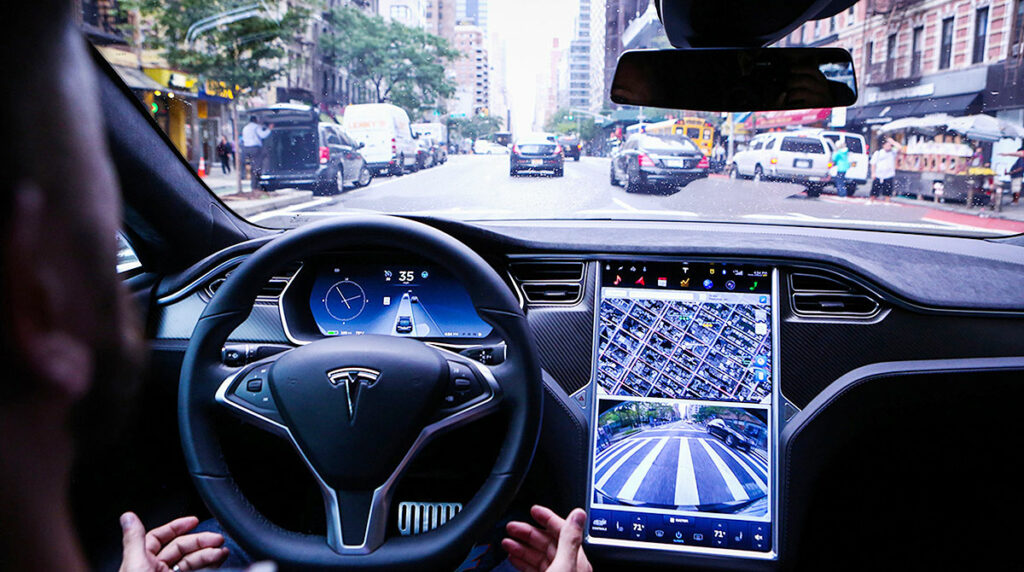 According to the National Highway Traffic Safety Administration, there was one death collision and seven injuries in the events dating back to 2018. Elon Musk, the founder of Tesla, has defended the Autopilot system, warning that it requires “active driver supervision” behind the wheel, but opponents, including members of Congress, believe the technology is easily tricked and have asked for NHTSA to intervene.

Autopilot may be tricked into driving with no one behind the wheel, according to Consumer Reports testers, who proved this in a video that was extensively shared on Tik-Tok and other social media sites.

Tesla cars produced between 2014 and 2021, including models S, X, 3, and Y, are the subject of a government probe revealed Monday. If the investigation leads to a recall, up to 765,000 vehicles might be involved.

The 11 collisions in question caused 17 injuries and one fatality. Three of them took place in the state of California.

According to the latest research, the safety agency, led by President Biden and Transportation Secretary Pete Buttigieg, is paying more attention to automated driving safety than the Trump administration, which is more laissez-faire. The National Highway Traffic Safety Administration (NHTSA) required automakers, including Tesla, to send data on incidents using autonomous systems to the government in June.

Tesla’s semi-autonomous driving system is known as Autopilot. Adaptive cruise control, automated steering, and lane change are all included. The feature has been advertised as a hands-free system, with Tesla CEO Elon Musk appearing on television news shows behind the wheel of several Teslas with his hands lifted high in the air and a grin on his face, according to the company’s manuals.

The NHTSA and Tesla should limit Autopilot’s deployment to places where it can safely operate, according to the National Transportation Safety Board, which also reviewed some of the Tesla incidents. The NTSB also suggested that the National Highway Traffic Safety Administration compel Tesla to have a stronger mechanism in place to ensure that drivers are paying attention.

None of the suggestions have been implemented by the NHTSA. The NTSB has no enforcement authority and may only offer recommendations to other federal organizations such as the National Highway Traffic Safety Administration.

“A preliminary review kicks off the agency’s fact-finding mission and allows for the collection of further information and data,” an NHTSA spokeswoman explained.

Senators Richard Blumenthal of Connecticut and Ed Markey of Massachusetts requested the National Highway Traffic Safety Administration to investigate a deadly collision in Texas involving a Tesla in April, when law authorities reported there was no driver behind the wheel.

According to an April 22 letter from the senators, Tesla has been chastised for “misrepresenting” its technologies and “offering drivers a false feeling of security.” Tesla has stated that it does not think Autopilot was involved in the April collision, which was not included in the NHTSA’s list of 11 crashes.

According to the spokesman, the instances featured “different Tesla models crashing where first responders were active, including several that crashed straight into the cars of first responders.”

“The National Highway Traffic Safety Administration warns the public that no commercially available motor vehicles are capable of driving themselves now,” the spokesman stated.

“Advanced driving aid features can help drivers prevent collisions and reduce the severity of those that do occur, but drivers must use them appropriately and responsibly, as with other technologies and equipment on motor vehicles.”