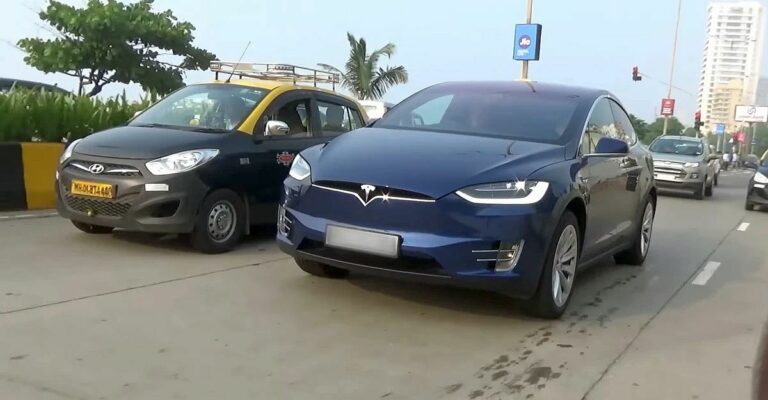 According to CEO Elon Musk, a Tesla Inc. facility in India for automobile manufacturing is “quite likely” if electric automobile manufacturers can start sales initially with import cars. As it explains efforts to enter into India, one of the world’s largest rising automobile markets, the California-based automaker is presently struggling for lower import duties.

Tesla pioneering the EV sector in the US and other regions has appealed to Indian ministries requesting a significant decrease in import duties to 40% from the current range of 60 percent to 100 percent on electric cars (EVs), which the company claims will increase demand and generate revenues for the government. However, Prime Minister Narendra Modi’s cabinet, which has promoted heavy import duties for various industries in order to encourage domestic manufacturing, is expected to reject its proposal.

For context, India now levies a 100 percent import tariff on fully imported cars with a CIF (Cost, Insurance, and Freight) value of more than $40,000, and a 60 percent tariff on cars that cost less than that amount. Other luxury automobile manufacturers in India also pushed the government in the past to decrease tariffs on imported cars but were not successful because of criticism from homegrown business competitors.

Now, in a tweet to famous Indian YouTuber Madan Gowri, Tesla CEO Elon Musk has mentioned that a Tesla ‘factory in India is quite likely,’ but only if the company’s imported cars initially flourish in the country.

We want to do so, but import duties are the highest in the world by far of any large country!

Moreover, clean energy vehicles are treated the same as diesel or petrol, which does not seem entirely consistent with the climate goals of India.

Just the base Model 3 Standard Range Plus is priced under $40,000, according to Tesla’s US official website. The transport and heavy industries ministries were among the ministries Tesla wrote to, but neither responded to a request for comment right away.

In India, electric vehicles contribute to less than 1% of new commercial vehicle and two-wheeler registrations, especially in comparison with about 5% in China, where Tesla constructed its first plant outside of the United States and now dominated the market.

The Government of India, however, has allocated subsidies to promoting the EV industry however the acceptance of electric vehicles is restricted by considerations such as limited charging network and high cost.

In January this year, Tesla confirmed its entrance in India. The EV manufacturer registered in Karnataka as Tesla India Motors, months after its CEO Elon Musk responded by pointing to the entry of Tesla cars across the country. The carmaker has introduced Hindi to its infotainment interface as one of the languages. Road Transport & Highways Minister, Nitin Gadkari, further announced that Tesla will begin operations in India this year and may even establish a manufacturing facility.