Tether has frozen USDT worth $150 million

Recently $150 million worth of USDT is frozen by Tether. It is not the first time that the company has frozen USDT, which has stoked concerns of centralization once again among crypto enthusiasts.

$150 million worth of USDT is frozen by Tether 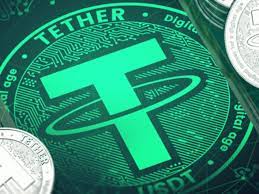 Tether has added three new Ethereum addresses to its blacklist, each of which holds more than $150 million in Tether (USDT) stablecoin. The tether can blacklist addresses it believes are involved in crime, money laundering, or any other reason it chooses because it is a centralized organization.

Tether has blacklisted an address for the first time in 2022, but it added 312 addresses to its blacklist last year and has added 563 since November 28, 2017. Tether hasn’t said why the three additional addresses were added to the blacklist.

It has, however, utilized its authority to place addresses on a blacklist linked to cyberattacks and law enforcement investigations. Tether froze around $35 million in USDT following the KuCoin attack in September 2020 to prevent hackers from profiting from their heist.

Following reports of a security compromise on KuCoin that resulted in the loss of over $200 million in tokens, numerous projects reacted rapidly to prohibit users’ holdings from being transferred to other exchanges.

KuCoin Global CEO Johnny Lyu told Cointelegraph that at least $129 million of the tokens affected in the incident, as well as the Bitcoin (BTC), Ether (ETH), and ERC20 hot wallets impacted, were “secure” or able to be retrieved. Though earlier reports suggested that the hackers made off with $150 million in tokens, fresh estimates place the sum at over $200 million.

The incident resulted in the theft of a number of ERC20 tokens, although several projects were fast to respond to the breach.

Members of the Ocean Protocol team are said to have frozen more than 21 million OCEAN utility tokens, which are currently worth $7.8 million. The project has recently declared that it is launching a hard fork of its contract in order to “undo the hack’s ill-effects for anyone opting to adopt the new version of the contract.”

In addition to the $33 million in tokens that Bitfinex and Tether (USDT) allegedly froze, KuCoin’s Lyu claims that the companies froze another $2 million in USDT on OMNI and TRON. KuCoin worked with VIDT Datalink to freeze and recover $14 million of the stolen 14.49 million VIDT tokens, as well as with Covesting to freeze and collect $560,000 of the stolen COV tokens, according to the CEO. Akropolis is a city in Greece.

There could also be “precautionary reasons” for the blacklisting, such as being linked to frauds, as mentioned by Arcane Asset chief investment manager Eric Wall in a separate Tether freeze in 2020.

In response to the announcement of Tether’s efforts, Terra’s founder, Do Kwon, tweeted that there was no method to blacklist UST addresses.