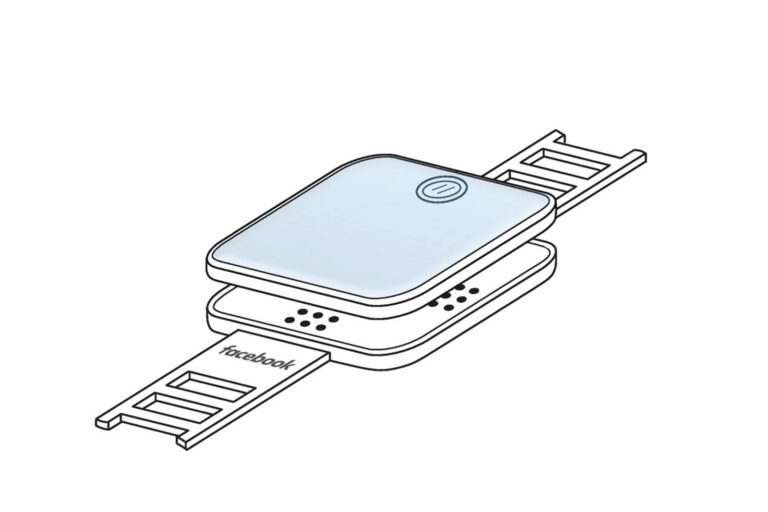 The Facebook wristwatch has been rumored for a few years, at least according to industry reports and patent filings. Although the company’s name has just changed to Meta, many people still refer to it as Facebook, therefore we believe it will maintain that moniker for its next wearable.

Each new rumour about the Facebook watch makes it seem increasingly bizarre, and the most recent one takes the cake. A patent noticed by GizChina recently issued by the World Intellectual Property Organization depicts a watch with a removable screen that houses a camera.

The concept is that you can capture photos from all various angles. We envision a watch that resembles a locket and has a top display layer that can spring off to stand at various angles.

The device reportedly features three cameras in total (yes, a wristwatch with three cameras!) one of which can be removed fully and used as a GoPro-style action camera. Of course, as with other patents, it’s important to note that just because a company patents a design or function doesn’t imply the final product will be identical.

A patent simply states that a corporation is thinking about something. However, in the case of the Facebook wristwatch, we sincerely hope this is the case.

The watch depicted in the patent sounds completely insane, especially given the current state of smartwatches. Almost every gadget of this type appears the same, having the same appearance, size, and feature set.

That’s why we want the Facebook smartwatch to be strange: it’ll give us something fresh. Even if the gadget is gimmicky and ineffective, it will be significantly more entertaining to use than a generic Wear OS device or an Apple Watch copycat.

The aforementioned Nubia Alpha wasn’t perfect as a smartwatch – in fact, it was terrible in some aspects – but it was still far more fascinating for tech geeks and gadget connoisseurs than half of the competition.

The Alpha sported a camera that could send photographs to your phone, as well as a band that practically flexed around your wrist. Is a camera on a watch a strange function to have? It’s worth noting that the Facebook smartwatch is believed to contain three.

Three cameras seem ridiculous, but it also sounds like a lot of fun, which is precisely what we’re looking for with the Facebook wearable.

We don’t know when this reported item will be made official – some sources suggest a wide span of ‘2022,’ but we’ve heard similar rumors before that turned out to be false. We’ll see what we’re looking for when we see it.