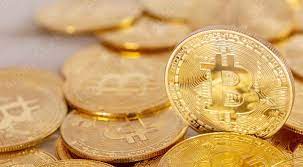 The first Bitcoin donor to San Diego State University wants to make sure he isn’t the last. Now Crypto is accepted by San Diego State University. The Campanile Foundation says the Bitcoin donation, which was received in October, opens the door to more donations and a wide range of never-before-imagined cryptocurrency research and education activities.

Crypto is accepted by San Diego State University, First donation was made in October

The donation was made in a round number of satoshis, the fundamental unit of account in Bitcoin, rather than in US dollars, and has a current worth of just under $25,000, according to an alumnus who wishes to remain anonymous.

The Campanile Foundation’s chief financial officer, David Fuhriman, said the SDSU auxiliary will maintain almost all of the donation in Bitcoin rather than converting it all together to cash as many other institutions have done.

The consequence is a “quasi-endowment,” according to Fuhriman, which differs from the usual practice of never spending capital in an endowment. 1 percent of the assets in the Montezuma & Satoshi Cryptocurrency Endowment will be pulled off each quarter for one or more university programs to “research uses and uncover how SDSU could connect with cryptocurrency and Bitcoin particularly,” according to Fuhriman.

Assistance for a student internship to deepen research on how cryptocurrencies might be “institutionalized” at SDSU could be one of them. Future uses may include forming a Recognized Student Organization for crypto enthusiasts at SDSU or working on a system that would allow the university to conduct more digital transactions.

“If bitcoin’s value rises, this endowment may continue indefinitely,” Fuhriman remarked. While SDSU’s method exposes the value to potential losses from a cryptocurrency market slump, “we believe this might be a really good advantage to SDSU in the long run,” says the university.

“This is all brand new,” he explained. “It’s a research project.”

Digital forms of financial exchange, which were first introduced in 2009, are currently worth well over $2 trillion globally. The donor, a former undergraduate student and residential housing helper, also wanted the contribution to be kept as cryptocurrency.

Talks with the donor initially focused on a scholarship or annual pledge to support housing efforts, according to Rajah Gainey, an associate director in the University Relations and Development (URAD) Office of Housing Administration, but then pivoted to his desire to help SDSU adopt new technology more quickly.

“The donor anticipates a future in which both donors and students recognize the value and utility of bitcoin and other cryptocurrencies in supporting SDSU, including receiving and spending on campus,” says the donor.

SDSU’s entry into the crypto asset field, according to Fuhriman, will help it communicate with potential contributors who have “interests in distinct areas,” as well as younger donors with unorthodox views toward wealth building.

Other contributors can now donate using Bitcoin and Ethereum thanks to the donor’s lead gift. Following his gift, four other gifts have been made to supplement the original. SDSU executes its bitcoin exchanges on the Kraken platform.

Also read: Everything You Need to Know About FC Barcelona Fan Token