A Texas school district has fired an employee who is suspected of installing Bitcoin mining gear in six of its facilities. The devices were detected by the Galveston Independent School District’s IT team. HNT is created by computers exchanging complicated data packets, a process that consumes a lot of energy. 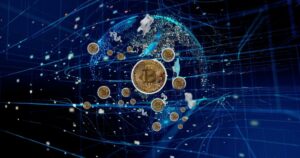 Last week, a Texas school district announced the dismissal of an employee accused of placing cryptocurrency mining devices in six of its buildings. After IT personnel discovered the crypto rigs, the employee, who has not been named, was fired from the Galveston Independent School District.

Earlier this month, the district’s IT team saw abnormally high network traffic, which led them to the devices offered by Bobcat, a company that sells Wi-Fi hotspots designed to mine for HNT, a digital currency that can be swapped for more well-known currencies such as bitcoin and ethereum. HNT, like other cryptocurrencies, is created by computers exchanging complex data packets, which can be an energy-intensive operation.

Officials in Galveston believe the devices were planted during a week-long vacation in March and were discovered on April 8. The employee suspected of setting them up was fired ten days later.

People being fired for establishing cryptocurrency mining operations at their workplaces is almost as old as cryptocurrency itself, with recent examples including a Chinese school headmaster, a Federal Reserve employee, a New York City Department of Education employee, and a county IT supervisor on Long Island.

Hundreds of thousands of Bobcat gadgets have been sold worldwide. The hotspots broadcast a frequency that is compatible with small internet-connected devices such as pet collars, air quality sensors, and home surveillance cameras, and then use those connections to mine more HNT tokens.

Also read: Madison Cawthorn has been accused of a possible insider trading conspiracy