“To the moon!” the popularity of Bitcoin has skyrocketed in the past few months. And with this, its value has also grown significantly. There have been massive campaigns for Dogecoin on Twitter, and influential personalities like Elon Musk have spoken repeatedly in favor of it. He even is under the SEC’s radar for his tweets that increase the price of Dogecoin. But that didn’t stop him from posting more memes on the cryptocurrency. And now, to celebrate the meme cryptocurreny and its growing fanbase, the Dogecoin car is coming back.

We're bringing @dogecoin along for the ride this weekend in Las Vegas for the NASCAR Xfinity Series race! 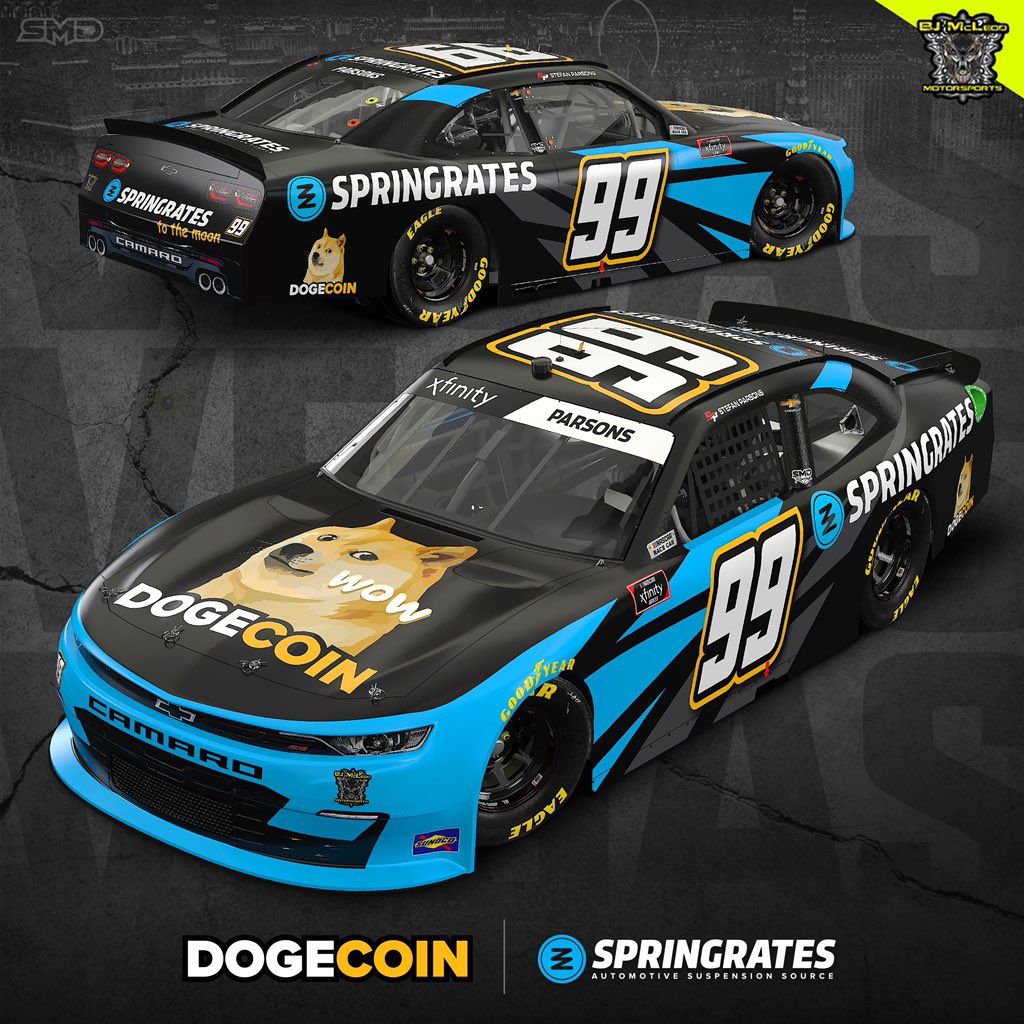 The car will be arriving in Las Vegas to participate in the NASCAR Xfinity Series race. As you can see from the tweet with an image of the car, it looks dope. For all the enthusiasts and fans out there, this is like a dream come true. It just seems that Dogecoin is becoming a brand within itself. A car participating in a grand race with Dogecoin’s image on it is not a small deal. It also gives the fans to go and enjoy the race. The race is scheduled for March 6th at 4:30 PM EST.

This is not the first that we are going to see a Dogecoin car. Back in 2014, the NASCAR Cup series had a Dogecoin-sponsored car. It was the car of Phil Parsons and was a fan favorite vehicle. Talking about Springrates taking up the opportunity to brand their vehicle as a Dogecoin car, he said that he likes the community and interest tied with Dogecoin. He also enjoys the fact that the cryptocurreny is affordable and is based on memes.

What are your thoughts on the all-new Dogecoin car? And are you planning to watch the NASCAR race? Let us know in the comments below. Also, if you found our content informative, do like it and share it with your friends.