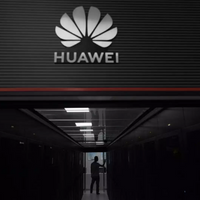 The German government has no plans to outright Huawei ban

Germany will continue to make such choices on a case-by-case basis. Additionally, it does not wish to follow the United States in outright banning devices made by Chinese telecoms equipment manufacturers like Huawei.

Since Russia’s invasion of Ukraine revealed the economy of Germany reliance on Russia for energy and made policymakers concerned about a similar dependence on China for trade, Berlin’s relationship with Beijing has come under scrutiny.

After the U.S. Federal Communications Commission prohibited new equipment licenses from Huawei and ZTE because they represent “an intolerable risk” to U.S. national security, Germany has been under extraordinary pressure to take action against China’s telecom equipment manufacturers.

The usage of components from certain states should be subject to more remarkable examination. The report was seen in a German Economy Ministry strategy paper seen by Reuters on Thursday.

The study notes German legislation from 2020 that imposed strict requirements on telecom equipment suppliers for fifth-generation networks like Huawei.

Following that regulation, if providers make false declarations, refuse to cooperate with security audits, or fail to notify or immediately fix vulnerabilities, those suppliers may be prohibited and declared unreliable.

The 104-page strategy document recommends taking a step further and enabling a ban on parts and goods produced by suppliers in authoritarian governments for telecommunications and IT as well as for other crucial infrastructures like transportation or the delivery of water and food.

On Friday, Huawei told a news panel that it relied on a constructive and information-focused engagement when asked whether it anticipated stricter regulations or a ban in Germany or the European Union.

“Secure use of networks is independent of a provider’s country of origin and can only be ensured employing global standards in international cooperation between industry and regulatory authorities,” Huawei said.

According to Michael McCaul, the senior Republican on the U.S. House Foreign Affairs Committee, Germany’s stance on Huawei “jeopardizes its own national security and that of Europe’s” in its decision on Huawei. “Berlin didn’t learn from their reliance on Russia for energy, and they are making the same mistake by allowing China access to its telecom.”

Meng Wanzhou, a Huawei executive, was cleared of all charges on Friday by the US Justice Department after being jailed in Canada for over three years on suspicion of violating US sanctions against Iran. Meng was released in 2021 after negotiating a deferred prosecution arrangement with US authorities.