The Binance NFT Marketplace has announced the launch of a premium non-fungible token (NFT) collection endorsed by the State Hermitage Museum in Saint Petersburg, Russia. The NFT auction will take place from August 31 to September 7, 2021. NFT artwork by world-renowned artists Vincent Van Gogh, Claude Monet, and Leonardo da Vinci will be auctioned off during the NFT auction. 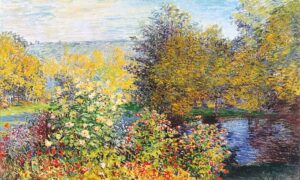 NFT collectibles and artworks have sold for millions of dollars, indicating that 2021 is the year of non-fungible token (NFT) collectibles. Beeple’s “Everydays: The First 5000 Days” NFT was purchased for $69.3 million, making it the most expensive NFT ever sold. Cryptopunk #7523, which was purchased for $11.8 million in ethereum, is another high-profile NFT sale (ETH). Bored Ape Yacht Club (BAYC) and the Weird Whales NFT collection, for example, have been featured on Bitcoin.com News as examples of NFT ventures that have made millions.

Binance announced on August 30 that its non-fungible token store-branded the “Binance NFT Marketplace,” will showcase non-fungible token collections from some of the world’s most recognized artists. The well-known State Hermitage Museum has partnered with Binance NFT Marketplace. The world’s largest art museum is located in Saint Petersburg, and it houses some of the world’s finest artworks. Empress Catherine the Great of Russia launched the colossal art collection in 1764. 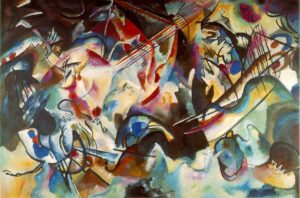 On July 26, 2021, the State Hermitage Museum unveiled the NFT collection and Binance NFT Marketplace partnership. “The NFT collection includes works by Leonardo da Vinci, Giorgione, Vincent van Gogh, Vincent van Gogh, Wassily Kandinsky, and Claude Monet, including the Madonna Litta (Leonardo da Vinci), Judith (Giorgione), Lilac Bush (Vincent van Gogh), Composition VI (Wassily Kandinsky), and Corner of the Garden at Montgeron (Claude Monet),” the State Hermitage Museum The curators of the art museum also added: The General Director of the State Hermitage, Mikhail Piotrovsky, personally signs each digital copy. By appending his signature, the date, and the time of signing, he not only validated the legitimacy of a limited series of works, but he also produced an autonomous work of art, giving it the ultimate uniqueness that was preserved in the blockchain. The metadata also saves the signing location, which is the Hermitage museum.

“New technologies, particularly the blockchain, have ushered in a new era in the evolution of the art market, characterized by ownership and the assurance of that possession. The Hermitage’s general director, Mikhail Borisovich Piotrovsky, remarked at the time, “This is an essential moment in the development of the relationship between a person and money, a person and a thing.”

“There are a total of 5 NFTs for auction [and] each with a starting price of 10,000 BUSD,” Binance states when the auction begins. The Binance NFT Marketplace was created in June and is based on the Binance Smart Chain (BSC).

Open sea, Crypto.com, and Raible are among the platforms that compete with Binance’s NFT platform. In addition, the popular crypto exchange FTX is working on an NFT marketplace, and it recently announced a cooperation with the entertainment company Dolphin to do so.

What are your thoughts on the Binance NFT Marketplace platform collaborating with the world’s largest art museum to launch NFTs by Leonardo da Vinci and others? In the comments section below, let us know what you think about this topic.