Zomato, the online food delivery company, has introduced a new environmentally friendly initiative called ‘Climate Conscious Delivery,’ wherein consumers will no longer be able to opt-out of using plastic cutlery and would instead have to actively request it. Customers on the app could always opt-out of receiving cutlery with their order, but just a small percentage of them did so. Zomato identified that an update in the app was considered to eliminate this standard response. 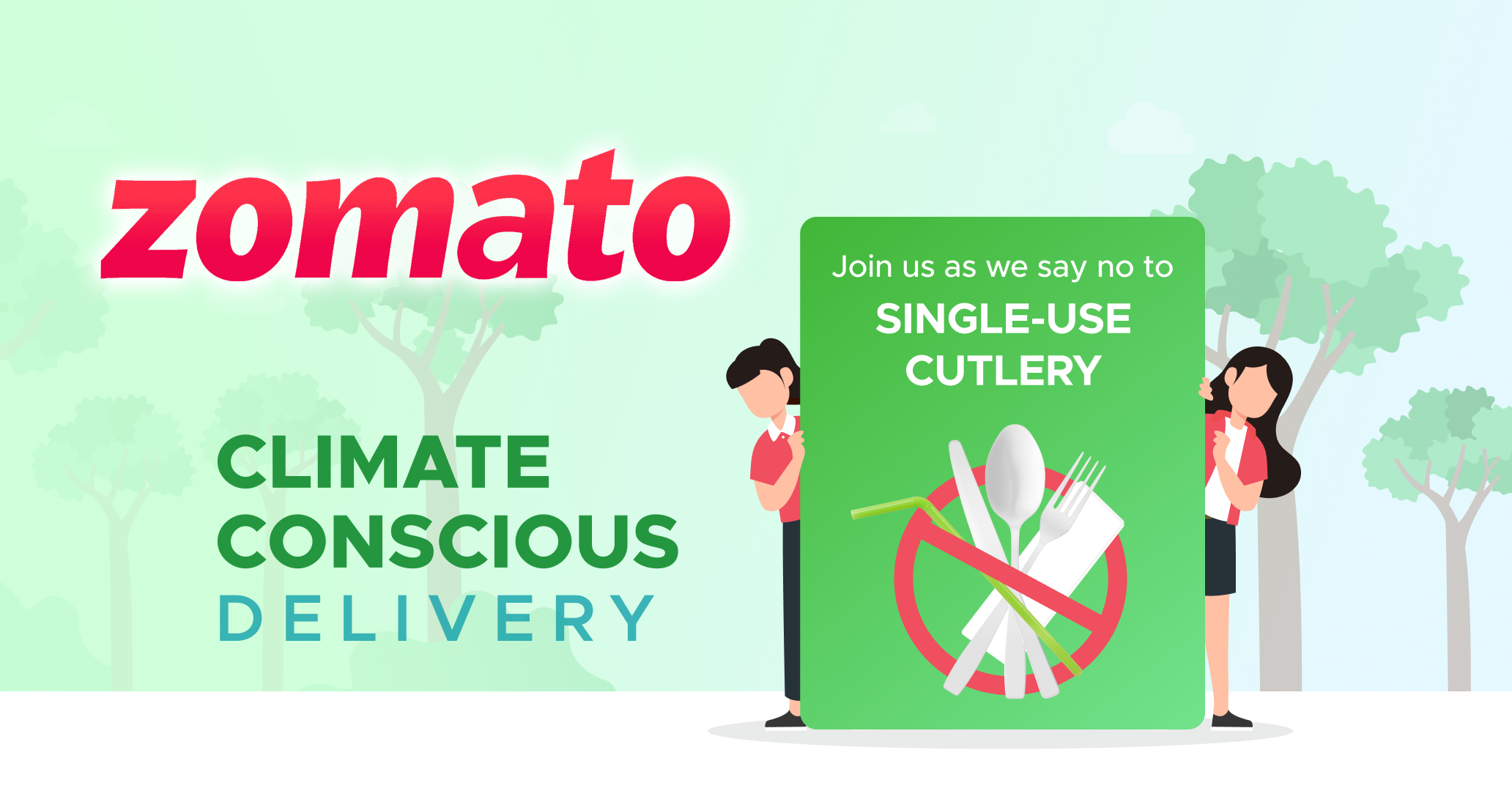 Zomato conducted a survey of their customers to discover the fact and observed that more than 90% of them never use plastic cutlery. As a result, Zomato was motivated to change its cutlery default mode. Customers must now expressly request cutlery, tissues, and straws if they request them. Instead of an ‘opt-out,’ this is now an ‘opt-in.’ This could save up to 5,000 kilograms of plastic per day, or nearly 2 million kilograms per year, the company said in a blog post.

Deepinder Goyal, the company’s founder, and CEO tweeted about this update on his Twitter profile, “On the @zomato app, customers could always skip cutlery with their orders. We are now changing this from an ‘opt-out’ to an ‘opt-in’. Customers will now have to explicitly request for cutlery, tissues, and straws if they need it.” 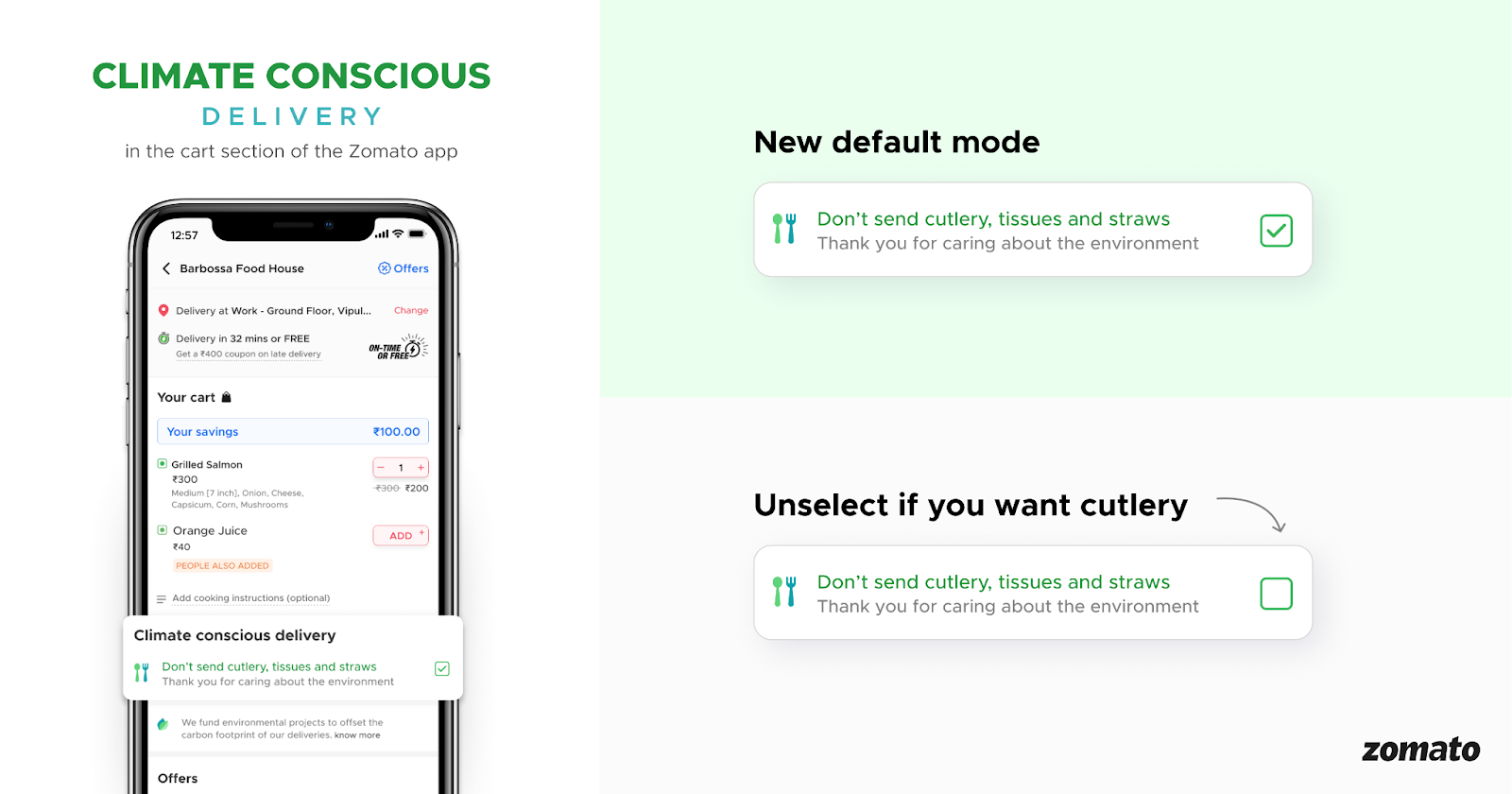 In addition, Zomato urged the customers to be “the driving force” powering the new initiative. The food delivery company also stated that it will request customer feedback on the plastic that might have been delivered. Customers will receive a post-delivery notification on the app asking if they received cutlery from the restaurant. Customers can use this feature to notify Zomato if the restaurant they ordered from delivered cutlery even if they didn’t request it, or vice versa.

According to Zomato, half of its users have already received the update, and the remaining consumers will receive it within the next three to four weeks. While the company does not expect 100 percent commitment from the restaurant end right away, it does consider the transition to happen within the following few months

Apart from being an environmentally responsible measure that reduces carbon footprints, the company claims that it would save its restaurant partners “between Rs. 2 and Rs. 5” on each order. The food delivery company has also encouraged restaurants to use the saving to make the shift to non-plastic packaging. Zomato likewise encourages other food aggregators to follow suit so that the restaurant industry does not have to retrain its muscle memory in the future.