The price of Cosmos climbs for the stars.

Cosmos has been on a run over the weekend, gaining 35 percent since Saturday morning Asia time to reach an all-time high of US$44.54 this morning, according to CoinMarketCap.com, as the rest of the crypto market has remained stagnant. 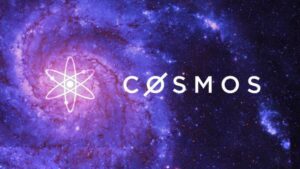 Despite a tiny decline to US$41.72 just before press time, the ATOM token has now crossed the US$40 threshold for the first time. Cosmos has grown by almost 360 percent since mid-July. And, currently has a market cap of US$9.6 billion. Placing it at number 20 on the world’s largest coin list. Having recently overtaken the Internet Computer token.

Integration with SifChain, the decentralised exchange built on the Cosmos blockchain. And, the inter-blockchain communication protocol permitted trade across the Cosmos and Ethereum networks in late August (IBC).

Cosmos is one of a handful of tokens that held up well throughout last week’s market correction, with all of them gaining approximately 15% as the rest of the market fell. This group, which comprised Polkadot and Avalanche, all supported smart contracts. Their increases were attributed to investors looking for alternatives once the price drop in fellow smart contract capable blockchain Solana appeared to be finished.

With Solana’s recent tear and Cardano’s Alonzo update launching just over a week ago, there’s been a lot of interest in smart contracts. The technology that allows for decentralised finance. Recently, as investors race to put their money behind a supposed “Ethereum killer.”

The gravitational attraction of the Cosmos environment is increasing.

According to a Cosmos blog post, the Cosmos ecosystem includes Cosmos Hub (ATOM), Binance Chain (BNB), Crypto.org Chain (CRO), Terra (LUNA), and more than 240 apps and services worth over US$75 billion in total market value. Cosmos does not regard itself as competition to Ethereum, but rather as a supplement to the latter’s burgeoning DeFi ecosystem.

“The word ‘Gravity’ bears great significance for the Bridge. The DEX, and future products that will enrich and increase the functionality of the Cosmos Hub”. Cosmos wrote in a blog post. “Just as gravity is an invisible force that attracts items to each other, the Hub will attract capital. Generating a positive feedback loop that drives Ethereum and Cosmos user mass.”

Improving DeFi in Cosmos and Beyond

According to a ConsenSys Q1 2021 DeFi report, despite its exponential expansion, DeFi only has 1.75 million members or around 1% of total Ethereum addresses. With over US$55 billion in total value locked, Ethereum hosts the vast majority of DeFi protocols and stablecoins.

However, issues such as fragmented offerings across DeFi protocols and poor user experience design remain barriers to mainstream DeFi adoption.

Tendermint, a Cosmos Network key contributor, plans to provide a blockchain-agnostic. It is a single, easy-to-use interface for consumers to access a wide range of decentralised apps, including lending and yield farming, NFT marketplaces, payment applications, and data storage.

Tendermint will release a beta version of Emeris, a DeFi dashboard for dApps, later this month. Emeris will give users a consolidated picture of their crypto assets across the several Cosmos chains as a starting point. It plans to add a mobile app and browser extension wallet to the Emeris product line. Along with support for blockchains other than It’s, starting with Ethereum. The public launch of Emeris is set for late September.

According to CoinGecko data, ATOM, its native cryptocurrency, was trading at US$13.62 as of press time. Its market size was US$3.8 billion.