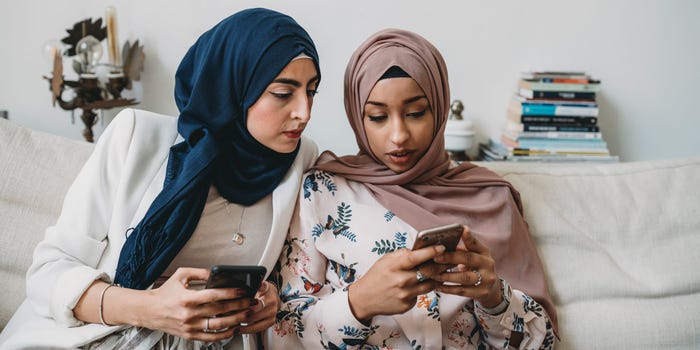 Apple’s FaceTime technology first came out in 2010 and since then, high-quality video and audio calls have been a seamless experience in the Apple ecosystem. However, the United Arab Emirates has been an exception to this seamless experience since the very beginning as the government there decided to ban the proprietary feature. But, the good news is that finally, the government might have eased some policies because FaceTime calls are finally happening and suddenly working in the United Arab Emirates as of October 11th, letting iPhone users in the UAE make high-quality video and HD audio calls from iPhone to iPhone or Android, if they have upgraded to the latest iOS 15.

Having said that, there is no confirmation on the fact, whether this feature is permanent or just a temporary attempt at some government testing? For now, the feature is allowing FaceTime calls within and outside the UAE with utmost ease, something which is mysterious as there has been no official intimation or announcement either by the government or Apple. As mentioned in a report by Engadget, the permanency of FaceTime in the United Arab Emirates is not certain. Dubai’s Expo 2020 that happened this year will be running till the end of March 2022, and having FaceTime active could be a gesture to invite and more and more tourists from around the globe. FaceTime and video calling could allow users to share and talk about what they have experienced during their stay in the UAE so that it encourages users to visit the UAE.

However, it is still mysterious how the government, UAE’s Telecommunications and Digital Government Regulatory Authority has been silent about this change. Even Apple has not uttered a word about FaceTime being activated in the UAE.

Having FaceTime is a big feature and the people of UAE must be relieved to have this up. However, the restrictions on video calling are intact for WhatsApp and Skype which is definitely, for sure an unfair practice.

COVID-19 has brought some tough times for humanity and it pushed people away from each other. Video calls and voice calls were the only two things that could keep people together and give a sense of togetherness and company when they were actually forced to stay on house arrest during the peak of the pandemic. FaceTime was a big help but not for the people of UAE. The actual reason for this ban on video calling in the UAE is still unknown but reports suggest that it could be to protect state-run telecoms’ profits.

Sad, but true. What do you think, is FaceTime going to remain active in the UAE permanently or is it just for the Expo?