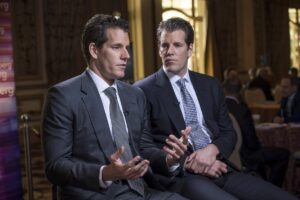 The fundraising round was led by Section 32, a firm created by Bill Maris, who previously built Alphabet’s venture arm, and Paul and the twins’ Winklevoss Capital venture firm also participated, according to Metaphysic, which is based in London.

After a huge social media campaign showcasing deep fake videos of Cruise created with artificial intelligence and synthetic media technologies, Metaphysic started in June, claiming that these “hyperreal experiences” may be used to link content creators with their viewers.

With 3.3 million followers, the @deeptomcruise TikTok account, which began posting videos of a synthetically produced, younger Cruise last February, is one of the most popular accounts on the social media site.

Though Metaphysic’s technology has received little criticism, some people find the Cruise videos creepy, and deepfake technology has been criticized in the past for its potential to spread disinformation, including by cybersecurity expert Peter Singer, who warned in 2019, “The technology can be used to make people believe something is real when it isn’t.”

Together, we will construct artificial intelligence and data management technologies that help creators translate their vision of reality into virtual environments,” stated Thomas Graham, co-founder, and CEO of Metaphysic. Metaphysic’s innovative technology excites forward-thinking investors and content creators who recognize that the future of the human experience is headed into the digital sphere.”

The total cost is $3.8 billion. According to Forbes, each Winklevoss twin is worth that much, thanks to early investments in Bitcoin and the cryptocurrency exchange Gemini, which the two co-founded in 2014.

Paul ranked No. 9 on Forbes’ “Highest-Paid YouTube Stars” list, which was issued earlier this month, with earnings of $18 million in 2021, boosted by a $5 million sale of his NFT in February. Jake Paul, his brother, was Forbes’ second-highest-paid Youtuber, earning $45 million, $40 million of which came from boxing.