Spanish police are investigating the robbery of a ‘Bitcoin ATM’ during a raid on a cryptocurrency exchange store in an affluent Barcelona suburb, according to local media.

Bitcoin ATMs allow clients to buy cryptocurrencies with cash or a debit card, and some even allow users to cash out their cryptocurrency holdings. Spain has the most crypto ATMs in Europe, according to data from the Coin ATM radar website, which records their position. 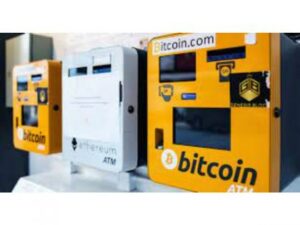 Robbery of a ‘Bitcoin ATM’

The Mossos d’Esquadra police force in Catalonia stated that a Bitcoin ATM was stolen around 3 a.m but declined to offer any other details to prevent obstructing the investigation.

The Bitcoin ATM was stolen from a shop on Beethoven street in the Sarria neighborhood, according to the EFE news agency, which cited police sources. Beethoven street is home to a branch of the GBTC cryptocurrency exchange.

GBTC did not respond to several calls for comment, and police declined to disclose the robbery’s exact location. An SUV rammed into the locked shutters of the GBTC shop, according to an unverified video, before a half-dozen or more individuals in hoods transferred the cash machine into a second car waiting on the street.

As the two automobiles drove away into the night, one of the perpetrators splashed witnesses with a fire extinguisher.

Spain has the most crypto ATMs in Europe, with 158, according to the Coin ATM radar website, which tracks their whereabouts.