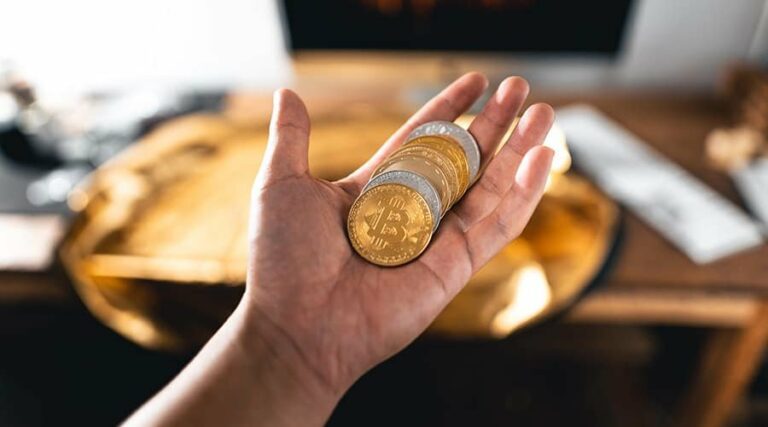 New financing records are being set by blockchain firms all the time. With five months left in the year, ten of the twelve largest financing rounds ever closed by startups in the young market have arrived in 2021, totaling $3.9 billion. Over the last two months, about half of that sum has been raised in four mega-rounds.

FTX, a relative latecomer among cryptocurrency exchanges, set itself apart from industry giants like Binance and Coinbase by providing advanced functionality and sophisticated investment products, like options, futures, volatility products, and leveraged tokens, to even new traders. FTX has a daily trading volume of over $10 billion, and its revenues have surged tenfold this year and 75 times since its Series A funding round.

Circle, a payments and treasury infrastructure company, is most known for being one of the main developers of the stablecoin USDC, which has increased by over 3400 percent this year. The asset is now worth more than $27 billion, and the company claims it has facilitated over $785 billion in on-chain transactions. Circle stated on July 8 that it would merge with Concord Acquisition Corp., a publicly-traded special purpose acquisition business managed by former Barclays CEO Bob Diamond, to go public. The deal was worth $4.5 billion to the company.

Bitmain has a market capitalization of $422 million dollars.

Bitmain, the world’s largest bitcoin mining gear manufacturer, also runs Antpool, one of the most popular bitcoin mining pools, with 13 percent of the network’s hash, or computing, power. The Beijing-based company filed for an IPO on the Hong Kong Stock Exchange in September 2018 shortly after the $422 million capital round, but the sale fell through due to the bitcoin crash and market cooling.

Ledger makes hardware wallets, which are dedicated devices for storing digital assets. To date, it has shipped more than 3 million hardware wallets in 190 countries, and Ledger Live, a smartphone companion to the Ledger hardware wallet that allows users to manage and store their assets, has more than 1.5 million monthly users. Coinify, crypto payments, and exchange platform; Changelly, a crypto exchange; and Compound, a decentralized crypto borrowing, and lending platform, are among the platforms with which the company has merged.

BlockFi, situated in New Jersey, was founded in 2017 and is now one of the biggest bitcoin lending companies. Its services include crypto-collateralized loans and interest-bearing accounts, which let investors earn income on their cryptocurrency holdings. Following rumors of a job opening that included assisting BlockFi go public, rumors about the company’s impending IPO began to surface last July. Regulators in Texas, New Jersey, and Alabama began examining the firm’s BlockFi Interest Account (BIA) product last month.

Solana is a proof-of-stake blockchain rival to the world’s most popular cryptocurrency. The network can process more than 1,000 transactions per second (TPS) compared to 14 on a rival. Solana has conducted over 19 billion on-chain transactions so far.

Paxos’ technology powers the crypto brokerage services of PayPal and Venmo. The company’s other products and services include a U.S.-dollar backed stablecoin Paxos Standard (PAX), cryptocurrency exchange itBit, and an equities settlement service used by Societe Generale and Instinet.

Fire blocks have safeguarded over $1 trillion in digital assets since its start in 2019. The New York-based cryptocurrency custodian offers an enterprise-grade platform for transporting, storing, and issuing digital assets like bitcoin, ethereum, polkadot, and other cryptocurrencies.

Dapper Labs is the developer of NBA Top Shot, an NFT marketplace for video highlights or “moments” The project has already surpassed the $500 million mark in trading volume. It is largely responsible for the boom of non-fungible tokens (NFTs).

Block one, the company behind the EOSIO open-source software, launched an independent subsidiary focused on a new cryptocurrency exchange. The venture fetched over $10 billion in cash and digital assets, including the $300 million investment round. In July, Bullish revealed plans to go public via a SPAC merger at a $9 billion valuation.