Tiger Global; the prominent venture capitalist is looking to invest in one more company of India which is Deal share. The company is a major start up in the social ecommerce domain. The other prominent details regarding the funding is mentioned in the article below. Let’s get inside to know more.

The company is founded in the year 2018 and is based in Jaipur. It was founded by Sankar Bora, Sourjyendu Medda and Vineet Rao. It has raised its funds from 3 basic rounds having certain major investors like:

Deal share is a model that can be followed by major social e-commerce platforms focusing majorly on four important things:

The three-year-old start up is looking to raise an amount of $ 70- $ 100 million in the Series D financing round. This raise would eventually value the start up at over $ 400 million.

The start up initiated as an electronic commerce platform on the social media WhatsApp where a large number of products are offered to the prospective consumers. The company gives an opportunity to offer discounts & cashbacks and has its own application & website. The company now operates in more than 24 cities in the nation. 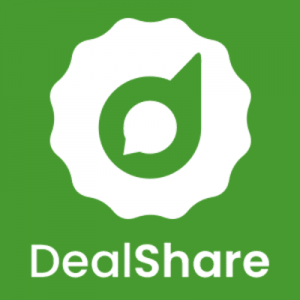 The company is currently in a super aggressive in the country as it has invested its funds on any & every sector ranging from public to private companies in the segment of Internet, software, consumer and financial technology industries. The company has concluded more than 25 deals in the investment domains that start from $ 10 million and range up to $ 100 million.

It is not the first time that the company has shown trust in Indian companies; but this year the number has surely taken a hit.

Social commerce is the new hotspot as it is going to be the new aspect that will be focused in the coming 10 years.

The large base of mobile usage has allowed studies to conclude that this market would reach an amount of $ 20 billion by the year 2025. It is a key that will definitely unlock the potential that small enterprises hold in themselves. The social commerce is expected to grow at twice speed as e-commerce in the coming span of years.