TikTok given ultimatum by EU over concerns of child safety

Viral Chinese video-sharing platform TikTok, which is a massive hit among youngsters and wannabe stars, has been given a month-long ultimatum by the regulatory and consumer protection agencies of the European Union, over issues pertaining to the safety of data from children.

Justice Commissioner Didier Reynders said in a statement on Friday, that the EU has prohibited platforms from “targeting children and minors” through disguised forms of advertising, including banners in videos.

The EU is currently trying to “support Tiktok” in its move to comply to the rules of the Union when it comes to consumer rights, in partnership with consumer organizations situated in Irelans and Sweden.

The Irish Data Protection Commission (DTC) has been scrutinizing TikTok’s handling of personal information from underage users, ever since it became the lead data protection authority in the EU, last December.

Complaint by the BEUC

The deadline has been given to the company, following complaints by European Consumer Organization (BEUC) from back in February, where the organization highlighted many of the ByteDance owned firm’s policies, which it said contained many “unfair terms and copyright practices”. 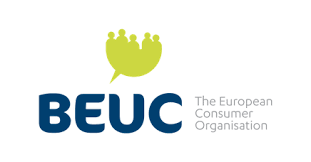 The platform has also been accused of exposing minors to age-inappropriate content, and of misleading practices pertaining to data privacy and processing.

As per the EU, the areas which will fall under the pretext of the “formal dialogue” with TikTok include aggressive advertising to target children, hidden marketing strategies, as well as a few contractual terms in the company’s policies, which might mislead consumers.

Stick to Your Guns

However, the BEUC isn’t fully satisfied, it seems. The organization has questioned why the Union has not as yet launched a formal enforcement procedure. They have expressed through a statement, hopes for the authorities to “stick to their guns” during talks with the company.

They have also demanded good results, in favour of the consumers, based off the points highlighted by, and in consultation with, them.